Unlocking Creativity in Times Of Crisis

Indigenous communities have acknowledged the interdependence of humans and nature for centuries, but were oppressed (and still are) by colonialism. Imagining a new future for humanity depends on hearing these stories.

Environment
In a documentary for the Guardian, Greta Thunberg and journalist George Monbiot argue that working with nature, rather than technology, is the best solution to climate change.
“There is a magic machine that sucks carbon out of the air, costs very little, and builds itself,” says George Mobiot in the film. “It’s called a tree.”
Perceiving the world as an entangled web of life is not ‘new’. Indigenous communities have been living with this complexity and entangled ways of being for centuries, but were oppressed (and still are) by colonialism and the narrative that ‘modern people’ should have power over ‘primitive cultures'.

Many of us are living as if this capitalist narrative is the only possible way of being.

The difference is that in the last century, many Western thinkers and institutions considered to be legitimate ‘sources of knowledge' also started to question if the reason for our environmental crisis is our perception that nature is somehow outside of ourselves. An awareness of this ‘crisis of perception’ is increasingly growing.

We used to categorise knowledge in boxes, creating all sorts of segmented departments, but now it seems we can't escape from the fact that we humans are just a small part of a living planet, and this makes us connected to everything in so many ways.
According to Vanessa Andreotti, a researcher who works with the Gesturing Towards Decolonial Futures collective, “we do not live an informational crises, we live a crises of habits of being that make us addicted to categorising and organising things in order to get a sense of security. Where ‘being’ gets reduced to ‘knowing’, and life gets reduced to meaning.”

This desire to categorise the world in a dualistic way is the result of a rational and linear vision, aimed only at economic growth, which was developed during the Enlightenment period — the last big transformation of consciousness of the Western world. In this period, we came to place the human being at the center of everything, valuing rationality and devaluing the senses.
Since last year, guided by the research I did after taking a course in Communication that was part of the Economics for Transition MA at Schumacher College in the UK, I've talked to over 40 influential people in economics, education, philosophy, spirituality, science, politics, and ecology. All of that material collected became part of This is not the Truth, a project which I co-founded with Camilla Cardoso, who I met for the first time at the College. The name of the project is inspired by the idea that many of us are living as if this capitalist narrative is the only possible way of being, but there are other narratives about what life on Earth could be that should emerge, especially as we are living a climate emergency.
This is not the truth is an audiovisual investigation about system change rooted in an eco-philosophy inquiry that began in Europe, went to Asia, and then back to Brazil. With its many peculiarities, everyone that we interviewed believes, in their own way, that we are experiencing a big transition on planet Earth. This is why our world seems so chaotic to us at the moment. In some sense we really are experiencing the end of the world, or at least the end of the world as we know it.

Last month, we released a new video in collaboration with this platform called THIS IS NOT a manifesto. In the video, we lay out our perspective on the direction of global systems change towards one which reintegrates the wisdom of women, non-western and non-white cultures.
According to Joanna Macy, an American activist and scholar of systemic theories, we also need to feel grief for this crumbling world. Only in this way can we experience what she calls ‘Active Hope’, which is a way of being in the world. “First, we have a clear view of reality; second, we identify which direction we want things to take and which values ​​we would like to see expressed; and third, we take steps to move ourselves or our situation in that direction”.

When we talk about the future, it seems as if we are writing a narrative where technology makes us more alone and selfish on our way to the apocalypse.

Macy created the Work that Reconnects many years ago, which is a methodology for realising interconnections between generations and species so that we are able to detach from the idea that “one person just doesn't make a difference”.

According to the author, we have some possible ways to go now, and one of them is what she calls the ‘Great Turning’. “Involving the emergence of new and creative human responses, it is the transition from an industrial society committed to economic growth to a life-sustaining society, committed to the healing and recovery of our world. The central point is to find and offer our Active Hope gift.”
Moving to the Great Turning is complex. It is both collective and can only come from an individual will. How can we make room for the new in the midst of a world that is still trying to create new patterns inside the dualism? How can we imagine and think differently? Another key point to understand the crisis is our inability to imagine.
We have never been so bombarded with stories of dystopian futures. Black Mirror, The Handmaid’s Tale, 1984, Years and Years, not to mention the news. When we talk about the future, it seems as if we are writing a narrative where technology makes us more alone and selfish on our way to the apocalypse.
The human tendency towards storytelling is what makes us different from other living things. Without this, we wouldn’t be where we are today. Today the question is: are we going to tell the story of the end of our species, or will we instead imagine a new reality? Many utopias have gone wrong over the last century, leading people to be naturally suspicious, but we urgently need different stories about our role in the world and relationship to our natural environment. Stories like the ones that have been told for centuries by Indigenous groups, but have been silenced by colonialism, violence and genocide.
Marz Saffore and the Decolonize This Place! Initiative, the Solarpunk Movement, Kate Raworth’s Donut Economics, Rob Hopkins’ Transition Towns, the WEAll network for  new economics and Monica Guerra’s Comida do Amanhã. These are some ideas and projects that are already creating possible futures in this present moment. Many of them are being created by women, or using the principles of feminine energy that have been so buried in the last centuries. When Trump ridicules Greta Thunberg, or Bolsonaro is accused of involvement in the murder of Marielle Fraco - the Brazilian LGBTQ+, human rights activist - it demonstrates a fear and resistance to a more diverse, feminine, fair and less human-centered world.
Ecofeminist Vandana Shiva has proposed that women have connections beyond the visible world. This feminine ability has been repressed in recent centuries because of the capitalist reductionist paradigm, unable to realise the interconnectedness between Earth, women and creation.

Imagining a new future for humanity depends entirely on being able to hear these stories, because placing humans as the central beings on a planet full of other life forms - some that have been here much longer than us - is gradually driving us out of here. 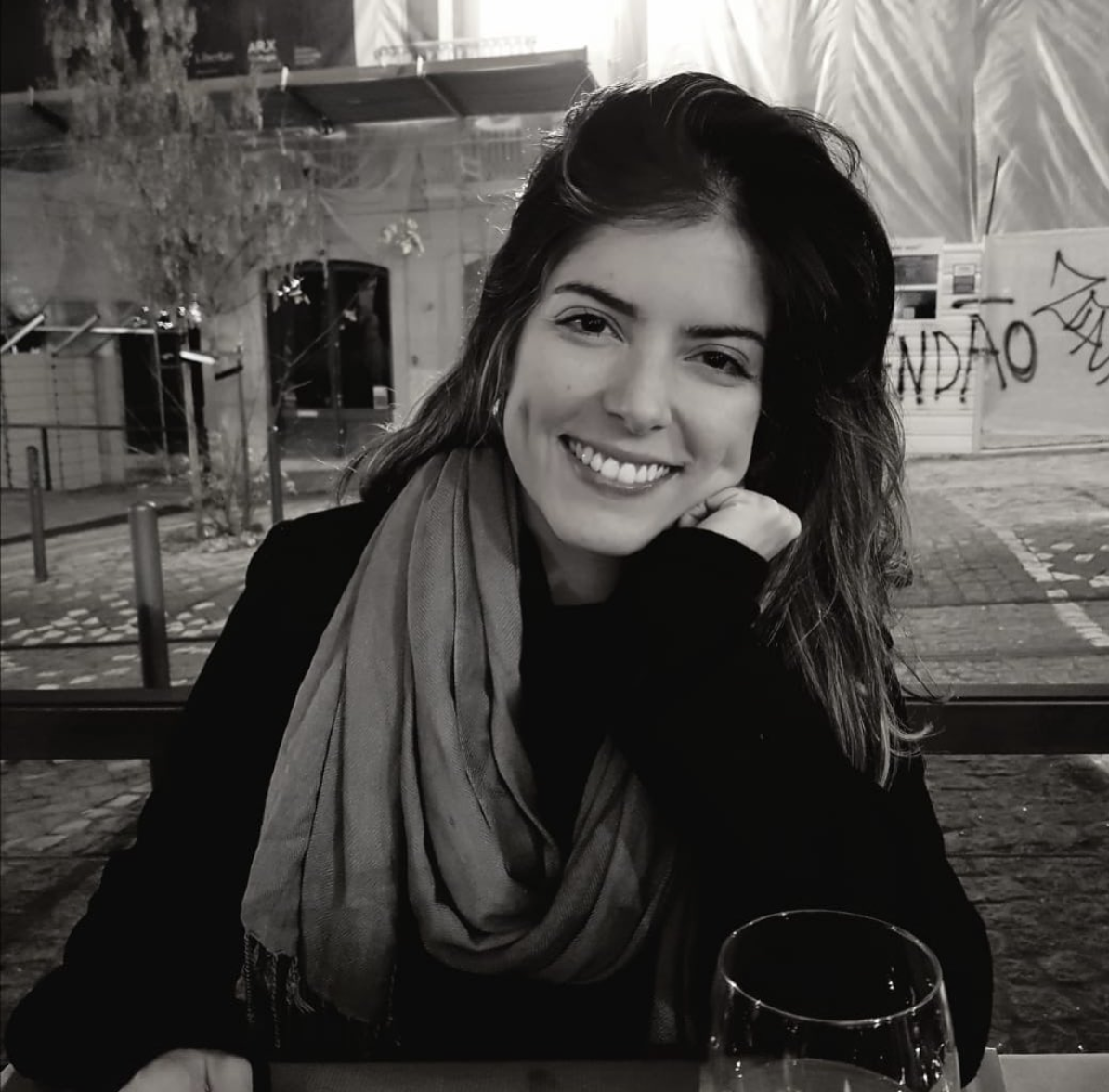 Words by Maria Clara Parente
Maria Clara Parente is a Rio de Janeiro based journalist, artist and documentarist. She is the co-founder of This is not the Truth, a platform for Emerging Narratives that explores possible futures in the present.