“People Can’t Talk About Societal Transformation Without First Looking To Transform Themselves.”

As a systemic consultant it’s Hanno Burmester’s job to think about how today's organisations can facilitate the cultural transformation that is needed for them to adapt to tomorrow's world.

Business
It’s sometimes said that great thinkers are also great learners. But what if the key to success lies not just in the ability to learn new things, but unlearn things that are no longer serving us? As disruptive technologies like AI and social media start to fundamentally change the way we live and connect with each other, it seems that cultivating an ability to adapt and transform will be essential — especially when you consider that many of tomorrow’s jobs haven’t even been invented yet.
As a systemic consultant and policy fellow for the future of democracy at a Berlin think-tank, it’s Hanno Burmester’s job to think about how human organisations can adapt to a changing world. In 2017 Hanno and his business partner Klara Sucher established unlearn, a consultancy which advises organisations on how to transform towards a more collaborative, agile culture.  The idea at the heart of unlearn is that cultural transformation is what enables organisations to adapt their structures and processes to a digital environment.

To build a workplace that adapts to both a complex world and the values and habits of younger generations, organisations must consciously ‘unlearn’ old modes of behaviour. Unlearn’s purpose is to further societal transformation via meaningful organisational development.  In real terms, this could mean harnessing the power of connective technology to implement a four-day-work-week, transition to trust-based work hours or to establish self-organised teams, without traditional line hierarchy. Hanno and Klara believe that through this kind of transformation, organisations will not only be more prosperous as they develop stronger relationships with their clients and employees, but they will ultimately be in a better position to make a more positive contribution to the world.
I met Hanno over a pot of peppermint tea at the cocreation.loft, a not-just-a-co-working space in Berlin’s Neukölln district where both he and Klara have desks. The loft was established in 2014 with the idea of creating a community of like minded people who all believe that understanding the internal, emotional landscapes of ourselves and others is essential for doing meaningful work in the external world. There’s a meditation room and an LED sign that says ‘we are one’ but the atmosphere is more professional than hippy-dippy, like Hanno the people that work here are serious about making a real impact in the world.

Organisational structures have remained largely static, even though digitalisation has transformed all aspects of work and life.

Talking to Hanno he seems to run on a different frequency, making connections between current organisational culture and the history of the human race in the space of a few sentences. But it wasn’t always thus. Growing up, he says he suffered from deep depression and has few memories from his childhood. “From a certain point in my life I always felt bad,” he says. “Both physically and mentally.” It wasn’t until he was in his mid-20s that he began to look at his past and unpick how it was affecting him as an adult, “I eventually realised that the toolbox I received when I was little would not help me to lead a happy autonomous life,” he says.

Systemic consultancy is grounded in a theory which understands everything in the universe as a system of interdependent parts that together make up a whole. Looking back, Hanno now sees his depression as a systemic phenomena, not just something that was happening in the mind, but a full body response to being stuck in a certain familial and societal culture. “I think my history is a very German history in that my family mirrors the collective trauma that our society carries,” he says. “A lot of the shadows I grew up with were not the shadows of my parents but were actually a lot older, and have a lot to do with the Nazis and everything that happened during World War II.”
In 2005 Hanno was selected for a Fulbright scholarship to study a PhD in Early Modern History in the United States. Whilst many of his contemporaries vied for places at prestigious colleges on the East Coast, he opted for Michigan. It’s difficult to picture Hanno blending harmoniously into college campus culture in the midwest, but Ann Arbor had a great history department and he was interested in studying the History of Sexuality. Specifically, how sexual identities have developed over time. Through studying this topic he learnt a valuable lesson about societal transformation. “Many people don’t realise that everything we do is socially constructed. Even the idea of what it means to be human was very different 200 years ago,” he says. “Once you understand that, you can do a lot with it.”

“I think my history is a very German history in that my family mirrors the collective trauma that our society carries.”

After one year in Michigan, Hanno left academia and returned to Berlin for good to work in politics. He worked for two years on an investigative committee for the German parliament, looking into possible human rights violations of CIA agents on European soil. Here he saw what happens to systems when the people leading them become threatened in their position, how it can have a ripple effect across multiple levels. “It was all very scandalous,” he says, “but I learnt a valuable lesson in that there’s a wide rift between what we learn in the textbooks and how politics works on the ground.”
After nearly six years working in the political sector he'd established what looked from the outside to be a successful freelance career. Financially speaking it was his most fruitful year yet, but internally he was still struggling with feelings of depression and burnout. Looking back, he realises that although he’d made a lot of positive changes in his life, he’d remained very attached to a negative attitude towards the world. “I was so burnt out and sad, depressed and empty” Hanno says. An avid swimmer, one morning whilst swimming laps he felt that he had hit a wall. “I thought to myself I cannot do this anymore. My whole body was against the way I lived, and perceived and thought.”
It was around this time that he met a friend who inspired him to look into systems theory. He began his training as a systemic consultant and evaluating how unuseful patterns of behaviour and modes of thinking create dissonance not just in personal life, but also more broadly in the systems we are part of. A key part of systemic consultant in organisations is encouraging individuals to be aware of their own emotional and mental states and how these show up at work. This is crucial, because as Hanno sees it real change is not possible unless it happens at all levels of an organisation, right down to the individual. “In my work I’m surrounded by people who have developed this belief that once they listen to themselves they won’t be fast enough, strong enough, disciplined enough,” he says between sips of tea. “They ignore what their system is telling them, and this in turn creates sick systems where there is no room for growth.”
The understanding that he’d developed at university that everything, even the things we consider fixed can be subject to change became something he started to apply to his own development. He realised that the ‘fighter’ attitude he’d developed whilst working in politics was a negotiable part of his character rather than a fixed trait. “If things didn’t go well I would get into the ring and fight until I got what I wanted,” he says. After training as a consultant, he realised that this attitude to work wasn’t serving its purpose anymore. “It was a learnt pattern which I keep in my toolbox, but at the same time I realised I needed to broaden the repertoire.”
For Hanno personal transformation and societal transformation aren’t just complimentary, they’re inextricable. It’s not enough for a group of people in the social impact field to say that they want to make a difference if they have not done the work to understand their own psychology and belief systems. “I’m very convinced that we can shape ourselves which ever way we want,” he says. “People can’t talk about societal transformation without first looking to transform themselves.”

This will be the topic of his new book, which will look at how individual change is necessary for large scale developmental change. “When people think about developmental change, they think that we need to think about what it is we want to change, and then change it,” he says. “But it doesn’t work like that. On a cognitive level you can embrace the new, but deeply imbedded habits and beliefs can keep you from doing what you want and need to do.”
Talking to Hanno, it seems that he is somehow able to be simultaneously pessimistic and confident that rather than spiralling into inevitable doom, humanity is on course to make the necessary changes needed for its survival. “It may happen in half a year, in ten years, but something will shift I’m sure of it,” he says. “Then it’s going to be interesting. Then we’ll need ideas." 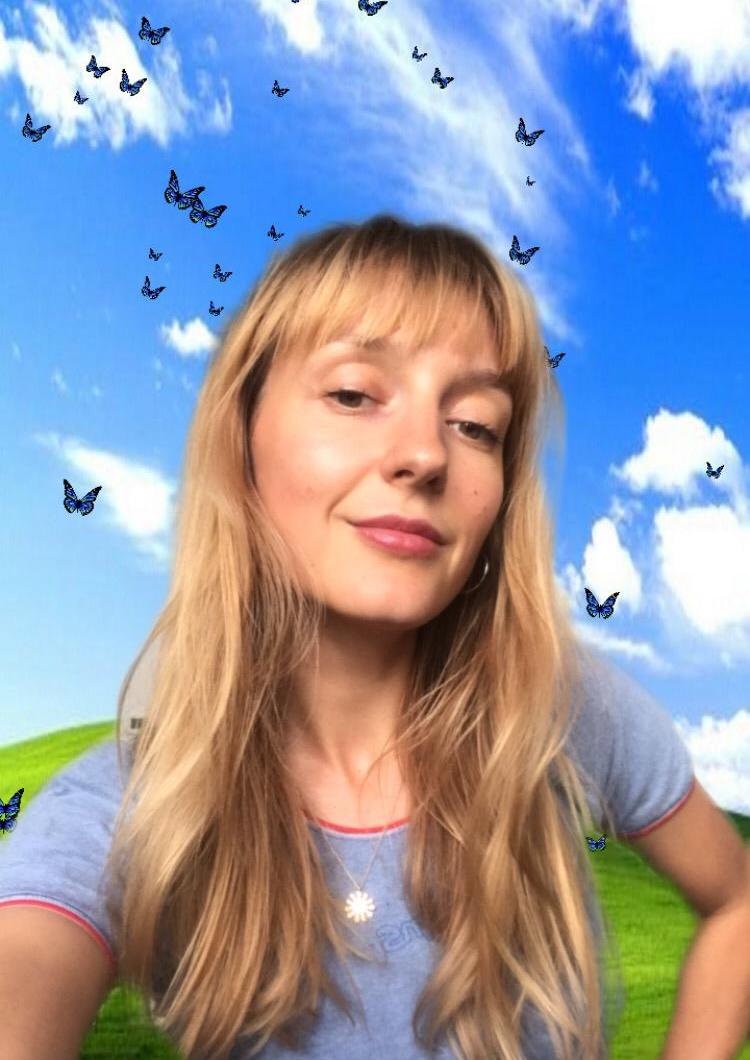 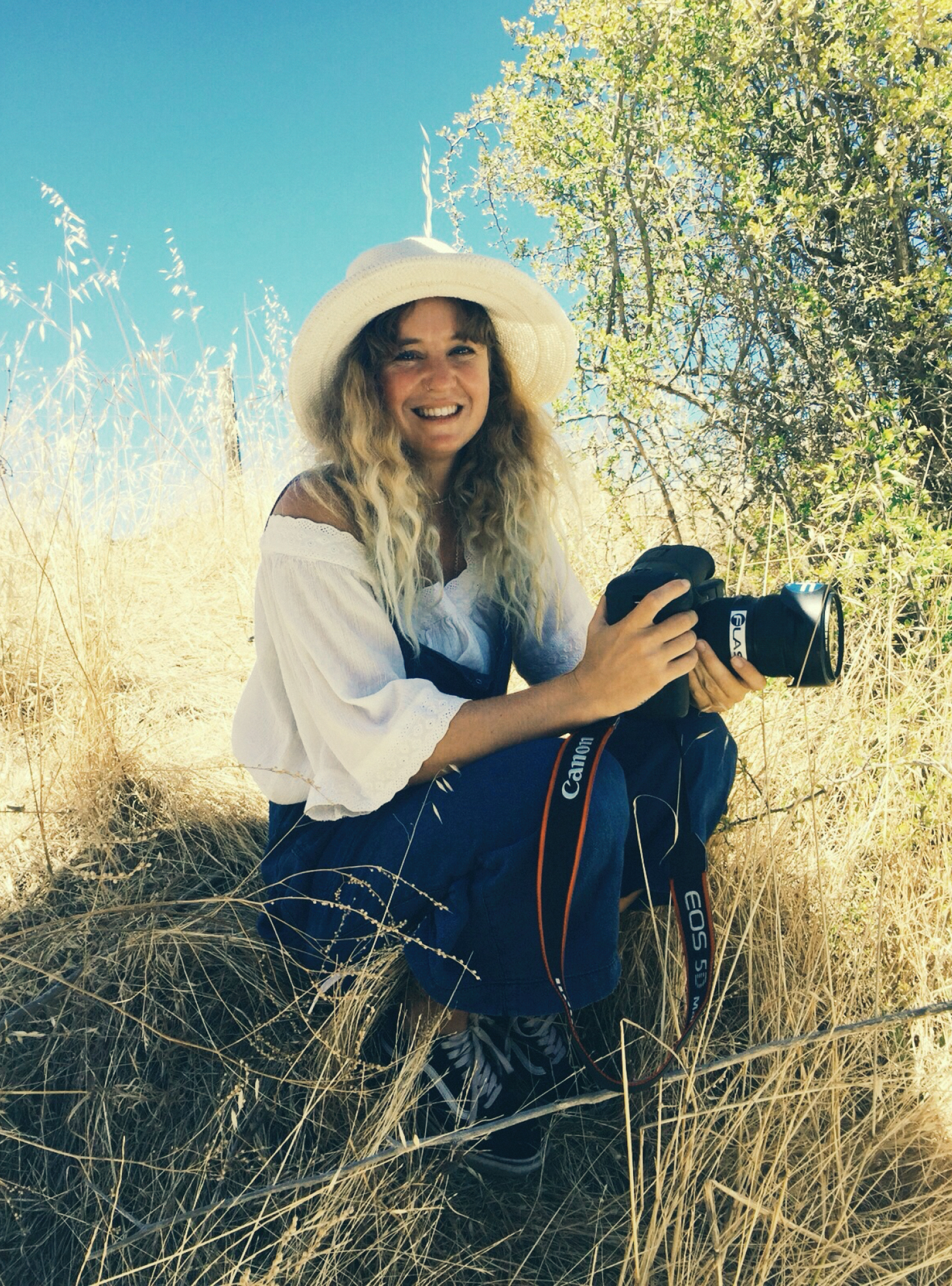