The Rise of the ‘Emergentsia': Meaning Making in a Time Between Worlds.

A new class of intellectuals is emerging to grapple with the meta-crisis and help manage the transition, and it is time to coin a new term to help us recognize them: The Emergentsia.

EMERGENCE
How do we make sense of the world today? The marketplace of ideas often leaves much to be desired these days, regardless of where you shop.

The bulk of TED talks seem to have evolved into ‘middlebrow megachurch infotainment' and the mainstream media is awash with talking heads that sound good but appear to say nothing substantive. A professional pedant class holds safe spaces online, yes, but mostly for their own circumscribed conversations. Real public intellectuals are a scarce and valuable commodity, yet they seem to be devalued in the plutocratic media sphere of late capitalism. Many think tanks are driven by economic and political interests, beholden to regulatory and cognitive capture; with ideas and knowledge production itself co-opted by financial interests.

This article is an introduction to an idea series, where we will be exploring a vanguard of thinkers and a range of concepts, theories, and values that speak to the ‘meta-crisis' of our time.

The authoritative sources who used to make sense of the wider world, the traditional intelligentsia, seem to be mostly missing in action; they have failed to model ways of thinking to guide us through the global phase shift that is underway, confusing and disorienting. Ironically, we appear to be living in a hyper-literate culture accustomed to empty rhetoric.

This article is an introduction to an idea series, where we will be exploring a vanguard of thinkers and a range of concepts, theories, and values that speak to the meta-crisis of our time. The ‘meta-crisis' can be defined in different ways, but broadly refers to the set of root problems behind all major crises. The idea goes back at least to the 1970 Club of Rome report which describes 49 ‘continuous critical problems' which they also call ‘meta-problems.' This consciousness of interrelated problems that cannot be tackled as if they are separate emerged with a cluster of other profound works at the time, such as Arne Naess’ notion of deep ecology, and Alvin Toffler’s Future Shock. However, despite these insightful calls for refrain and redirection, the world has proceeded on a rather destructive course.

The latin word emergere literally means ‘bring to light.’ Emergence is when something new and unpredictable arises from complex interactions.

In a talk at Google, Confronting the "Meta-Crisis": Criteria for Turning the Titanic, philosopher entrepreneur Terry Patten reflects on the need to speak to meta-crisis as “the sum of our ecological, economic, social, cultural, and political emergencies.” We are now on the cusp of dramatic systems change becoming a mainstream aspiration and concrete goal, but even thinking about it is daunting. A new class of intellectuals is emerging to grapple with the meta-crisis and help manage the transition, and it is time to coin a new term to help us recognise them: The Emergentsia.

The latin word emergere literally means ‘bring to light.’ Best understood through evolution, emergence is when something new and unpredictable arises from complex interactions, be they biological, social, or otherwise. Emergence is a fundamental idea in systems and complexity theory, but scientifically and philosophically it remains an intriguing and somewhat mysterious phenomenon. Emergence results from synergy, when different parts or agents in a system interact and produce a whole greater than the sum of parts. Emergence is about what that new sum actually is, and the Emergentsia are helping to make sense of that.

Some of these intellectuals make up leading elements of the Emerge Network, which is a large coalition asking and answering the question: What is emerging?

The Emergentsia transcend and include the characteristics of an intelligentsia, at a higher level of emergence and planetary vision-logic. They are to emergence what the intelligentsia was to intelligence. They synthesise very complex conceptual frameworks and apply them to deep existential problems and solutions. This entails grappling with long-term and big-picture ideas that often take years of intense study to penetrate, let alone to be able to distil into accessible and actionable terms.
The idea of the Emergentsia arose from noticing shared characteristics among thinkers like Daniel Schmachtenberger, Jordan Hall, Jamie Wheal, Jason Silva, Zak Stein, Bonnitta Roy, Maja Göpel, Indra Adnan, and Indy Johar, who are all active in the topics of emergence and systems change.
Bonnitta Roy, for instance, is a philosopher and transdisciplinary scholar, informed by her practical experience of martial arts and horse training, who writes about metamodern metaphysics and teaches collective insight practices. Maja Göpel is a Club of Rome member, academic and policy leader for climate change focusing on “system transformations for sustainable development,” and “paradigm shifts as strategic leverage points.” Indra Adnan is a soft power specialist and co-founder of The Alternative, UK, part of a broader political movement fostering creative solutions to break what seems to be a post-truth impasse in mainstream politics. Indy Johar is an architect, futurist and systems designer working with the UN and other large organisations on social innovation.

Some of these intellectuals and many more make up leading elements of the Emerge network, which is a large coalition asking and answering the question: What is emerging? What the Emergentsia have in common is discoursing about ‘emergence’ and the meta-crisis (a central concern for Perspectiva) in eloquent and compelling and sometimes therapeutic ways.

Many of the Emergentsia have been guests on the Emerge podcast, with Daniel Thorson, which has been a key part of the genesis of the Emergentsia.
Many of this cohort are Post-Integral thinkers. To varying degrees, some were acolytes of Ken Wilber’s Integral Theory movement, but evolved beyond it. They honour Ken’s contributions in some respects, helping to keep him in the discourse moving forward, but they pull no punches in critique.

The Emergentisia are bright lights emerging amidst the intellectual shadows (and shade) cast by the Intellectual Dark Web (IDW), into a similar cerebral, liminal, and spiritual space but, crucially, without the apparent sociological ambivalence. Emergentsia thinking therefore often feels and sounds more fully and adequately complex because they are moving between a broader spectrum of epistemologies, worldviews, and practices with a kind of post-ideological political consciousness, rather than what can sometimes sound, in IDW circles, like a fixation with free speech for its own sake.
To think past the culture wars, the Emergentsia embody and emphasise depoliticisation and proactionary principles, recognising the meta-crisis and need for drastic measures, from the insight fashioned in silent retreats to the epistemic depth and political awareness required for meaningful systems change.
Widening the circle, the Emergentsia refers to anyone who is an active node in the decentralised collective intelligence who meet two apparently simple but actually quite exacting conditions: They understand the nature of emergence and have insight into what is emerging. The Emergentsia exist to make meaning with the best of the hivemind rather than merely appear to make sense with the worst of the groupthink.


The Emergentsia bring a message of greater depth and urgency than the IDW or any traditional intelligentsia can provide: one of imminent social collapse, a narrow(ing) window of opportunity, and the call to defenestrate through it where necessary. We may also have to throw out the window some failing constructs that no longer help us make sense, like GDP and the political spectrum.


Stylistically, the Emergentsia typically think synergistically, and speak with a calmness and clarity that would make even Sam Harris’ ears perk up, though without his ideological commitments. And a sense of trust is imbued by the Emergentsia because they aren’t playing rivalrous zero-sum games.
Schmachtenberger (along with Hall) is cofounder of the Neurohacker Collective, a nootropics business that doubles as a think tank; he explicitly refuses to get sucked into win-lose dynamics, and says we all need to rise to that challenge, or usher humanity’s extinction. In his self-described "rambling' ode" at Emergence (2016), Schmachtenberger weaves a narrative about the concept of 'emergence' as essential for understanding the universe and humanity within it.


Schmachtenberger says “Emergence is the result of synergy, synergy is the result of relationship… relationship is the result of attractive forces," all the way from gravity to love, essentially. This idea resonates with Zak Stein’s paper “Love in a Time Between Worlds: On the Metamodern “Return” to a Metaphysics of Eros,” which you can also listen to a podcast episode about it here. In Zak’s take, postmodernism and neoliberalism have created a “vacuum of meaning” which reactionary philosophers like Nick Land have capitalised on with dark scenarios and libertarian fantasies. The cure is a cosmo-erotic humanism, where love is a transpersonal force akin to gravity, to be applied throughout society. Heavy stuff! But when one reads or listens to it and considers ‘love can move mountains,’ as the expression goes, it makes sense.

Speaking (truth) has a greater urgency over writing it, though clearly there is still a place for both.

Many of the Emergentsia are doing intellectual work outside of universities. Author and gift-economy advocate Charles Eisenstein graciously calls Schmachtenberger a “non-institutionalised intellectual.” In a similar vein, Michael James of the prolific blog Synthetic Zero, who also writes on emergence, identifies as a “para-academic.” They think beyond academia but with its tools and beyond them.


Schmachtenberger’s writings are minimalist but efficient, while his talks are abundant and proficient. Perhaps he realises that speaking (truth) has a greater urgency over writing it, though clearly there is still a place for both. Oral traditions have all but died out due to the hegemony of written and then digital cultures. Jason Silva is another expert of this trend; famous on YouTube for his exciting “shots of awe” where he waxes emergent (on the singularity, AI, inspiration, creativity, spirituality, and of course, love) towards a wide-angle lens while epic music and profound imagery flood your senses. The hope of the Emergentsia is to cut through the noise and give voice to a more (re)generative culture.

Many people are asking ‘what’s next?’ - even the Emergentsia are - but in the meantime they are holding the space for people to generate the personal sovereignty to rise to the challenge.

The Emergentsia is still, of course, emerging, and this introduction is not complete without an honourable mention for Michael Brooks, who also has an Integral background, and evolved beyond it for similar reasons, but his path is now much more political and revolutionary. See for instance his crash course on Jordan Peterson, James Hillman, Integral Theory and Building Planetary Meshworks - a rich crossover of many intersecting intellectual movements related to our topic. Through the work of ‘intellectual explorers’ Peter Limberg and Conor Barnes, in their article The Memetic Tribes Of Culture War 2.0, we are able to get a bird’s eye view of the different factions locked in ideological conflict, and we need that, though it is still not clear what follows.


Many people are asking ‘what’s next?’ - even the Emergentsia are - but in the meantime they are holding the space for people to discover their relationship to the meta-crisis, and to generate the personal sovereignty to rise to the challenge. As de facto educators, they help to communicate nature’s brittle complexity, our species’ self-terminating consumptive sprawl and conflictual politics, juxtaposed with our own god-like powers of abstraction and volition to change it and avoid extinction.


In the next article in this series, we will explore some of Daniel Schmachtenberger’s concepts further including emergence, existential risk, generator functions, (personal) sovereignty, omni-win dynamics, and anti-fragility. Stay tuned. 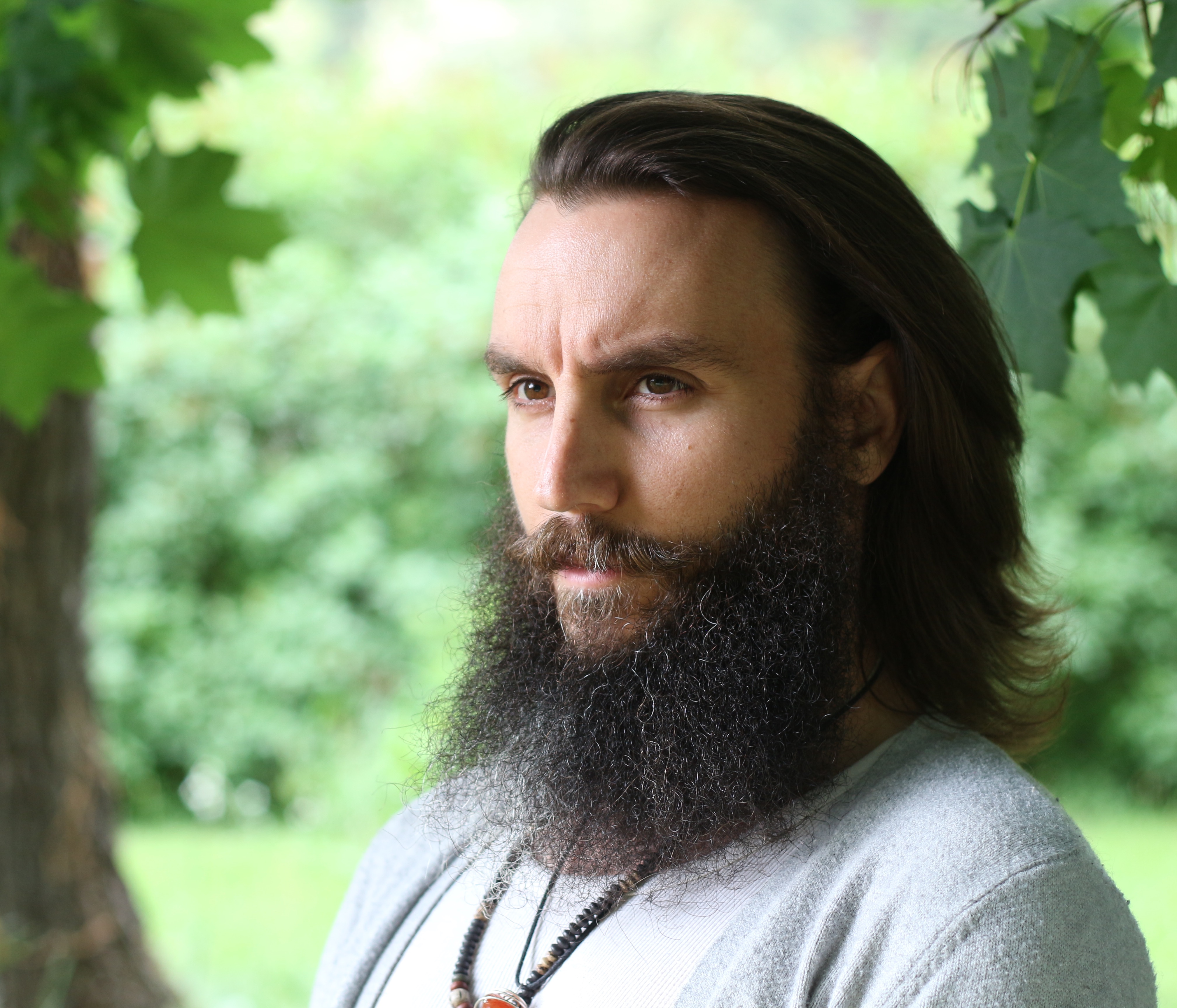 Words by Brent Cooper
Brent Cooper is an independent political sociologist, filmmaker, and Executive Director of The Abs-Tract Organization, a research and media project to educate on abstraction, metamodernism, and related topics.