Part two in our new 'What is Emerging? Dispatches from the Future' series looks towards creating alternative, diverse regional food systems to address food poverty and climate change.

ecology
Last month, the image of the Ever Given container ship blocking the Suez Canal became prime meme material. The image of a tiny bulldozer doing its best efforts to free the enormous ship seemed to touch upon something in the collective imagination - the feeling of being comically, hopelessly powerless against much bigger, vaster forces.


As its unwieldy size created major disruptions to global trade, the Ever Given was also an apt metaphor for the enormity of globalised supply chains. Thanks to globalisation we can eat strawberries at Christmas and experience entire food cultures from home. What we eat is emotional and cultural. It’s also political and environmental. So what happens when something as abstract as a ship stuck in a distant waterway in Egypt could affect something as personal, as vital, as food? When oil prices soared during the Financial Crash of 2008 it created a global food crisis, in part because we are so dependent on fossil fuels to maintain complex supply chains.

Groups like Der Ernährungsrat Berlin (Food Council Berlin) believe that ecological agriculture in and around Berlin is the best route to improving long-term food security in the city whilst mitigating the effects of climate change and shortages resulting from complex and disaster-prone global supply chains. Now I’m a sucker for anything labelled as organic and aus der Region, but it’s difficult to live a Bio Company lifestyle on an Aldi budget. As the city grows, how can we make it possible for a large number of people to access nutritious, regional food that isn’t harmful to our health or the environment?

Anne Kaulfuß and Deacon Dunlop established their regenerative farm in Brandenburg after watching videos on YouTube. “It all started with food, really,” says Deacon. “We began asking more questions about the quality of food, like what is that certification all about, and what the hell am I actually eating?” The German-American couple were living in Berlin, organising events and working in bars and cafes. Then, one day in 2017, whilst working at a festival in Latvia, Anne got a phone call from a Kleingartenverein (garden association) in Prenzlauer Berg to say that there was an open plot that was theirs to rent if they wanted it.

After a year, they discovered the market garden scene on YouTube. “We’d always had this distant dream of being able to move to the countryside, but we were never sure what we would do for work there,” says Anne. “When we found out that it was possible to make money off of a small piece of land through gardening we just thought, why not try it out?” It took them another three years to find the land to rent (through a fortuitous meeting at a regenerative farming event). A ‘dad joke’ at Anne’s family breakfast table gave it a name - Ackerpulco Farm [a word combining Acapulco and ‘Acker’, German for field].

Höfesterben (dying farms) is an established phenomenon in the German media and most young people today are very unlikely to be interested in farming as a job. In recent years though, aided by technology, a small-scale farming movement that is already quite well-established in the US has begun to take root in Europe. Agriculture is one of the major industries with the ability to address the climate crisis and Berlin-based start-ups like Tiny Farms and Climate Farmers aim to connect and make visible small- and medium-scale ecological farms across Europe.

Fertile soil is the foundation of a healthy ecosystem. Regenerative farming is different to organic farming in that it actively works to improve the health of the soil. Whilst the ‘organic’ label does ensure that food is grown without synthetic pesticides or fertilisers, it doesn’t tell you whether or not the health of the land is actually improving. “I like to pick up a handful of soil and see things moving in it,” says Anne.

Ackerpulco Farm is now at the beginning of its second season. With only two pairs of hands and no heavy machinery, at the heart of the 2.5 hectare farm is a biointensive market garden that produces enough food for 60 weekly vegetable boxes. Each box costs 24€ per week, enough to feed 2-3 people with fresh seasonal fruit and vegetables. “We can be profitable on a very small space of land, while big farms are struggling,” says Anne.

Maybe it’s just my filter bubble, but scrolling through my social media channels I get a sense that the pandemic has made people wistful for a different kind of “new normal”. “I’m locked into the 9-5 slog and dreaming about how and when I can escape to a farmhouse with my own chickens and a vegetable patch!” messaged one of my friends recently, who is currently working in fashion in Spain. Since the pandemic, applications for Berlin’s approx. 71,000 Kleingärten (small allotments) have tripled, with waiting lists of up to 15 years.

The average age of allotment gardeners in Berlin has dropped five years since 2011, but with demand far outpacing supply many Berliners look to alternative solutions. The famous Prinzessinnengarten near Moritzplatz was inspired by the urban agriculture of Havana, Cuba. After the collapse of the Soviet Union, Cubans turned over green areas in the city to small-scale agriculture to avoid starvation. Today, Havana is looked to as a model for successful urban agriculture.

In 2015 Berlin signed the Milan Urban Food Policy Pact. The goal of the agreement was to get cities to collaborate towards creating alternative, diverse regional food systems to address food poverty and climate change. Rapid urban growth means that the city needs more infrastructure in order to keep up with needs. It takes time to develop and evolve effective frameworks for managing the complex systems that make big cities more liveable. But people like Jean-Martin Fortier - author of a book and YouTube channel on market gardening that has inspired thousands - believe that small-scale farming is the solution.

If small-scale production is one path towards a more ecologically sound urban food system, another is finding solutions to food waste. It’s estimated that ⅓ of all the food produced globally is wasted. “What we see worldwide is that we don’t have a food shortage problem, but an allocation problem,” says Shaminder Dhillon, co-founder of Join Order, a platform that addresses food waste by connecting producers directly with customers. Having cut his business teeth at the successful travel start-up Go Euro, Shaminder decided to apply the formula that had already been adopted in the hotel and travel sector to agriculture — cutting out the middleman and sending customers directly to the source. “Selling direct to consumer gives farmers a broader choice in farming practises, especially as consumers are supportive of new initiatives such as regenerative farming,” he says. “By contrast, selling to the 5-6 large supermarkets chains means optimising for price, 'appearance' and shelf life which results in both less diverse and less sustainable farming practices."

In nature, the edges where two ecosystems meet is where the most ecological diversity is found. In 1986 a Turkish Immigrant named Osman Kalin became a local legend when he created his own vegetable garden on a small part of land in East Berlin which lay on the Western side of the wall. This ‘edge effect’ is often found when looking to the margins, whether it’s at the intersection between East and West Berlin, or the meeting of technological innovation and agriculture. Join Order doesn't have any plans to partner with a ‘tiny farm’ like Ackerpulco yet, but would consider it in the future.

When I was writing this article, what struck me was that the benefits of connecting to the source of your food go far beyond climate. “Just carry on planting seeds, love,” my mum said to me recently over the phone as we lamented the state of the world right now. As we sit here in the year 2021 at the tail end of a global pandemic and in the midst of a mental health avalanche, it makes sense that connecting to the source of our own sustenance seems like a good place to start to rebuild. Claiming our own plot of land and planting seeds in the midst of a political and environmental uncertainty might just help us to gain some control over that sense of being a tiny bulldozer in the Suez Canal.

P.S: Whilst writing this I came across many great projects that I didn't all get a chance to mention, but I've created this Notion sheet as a resource for anyone diving deeper into the topic of food systems in Berlin. 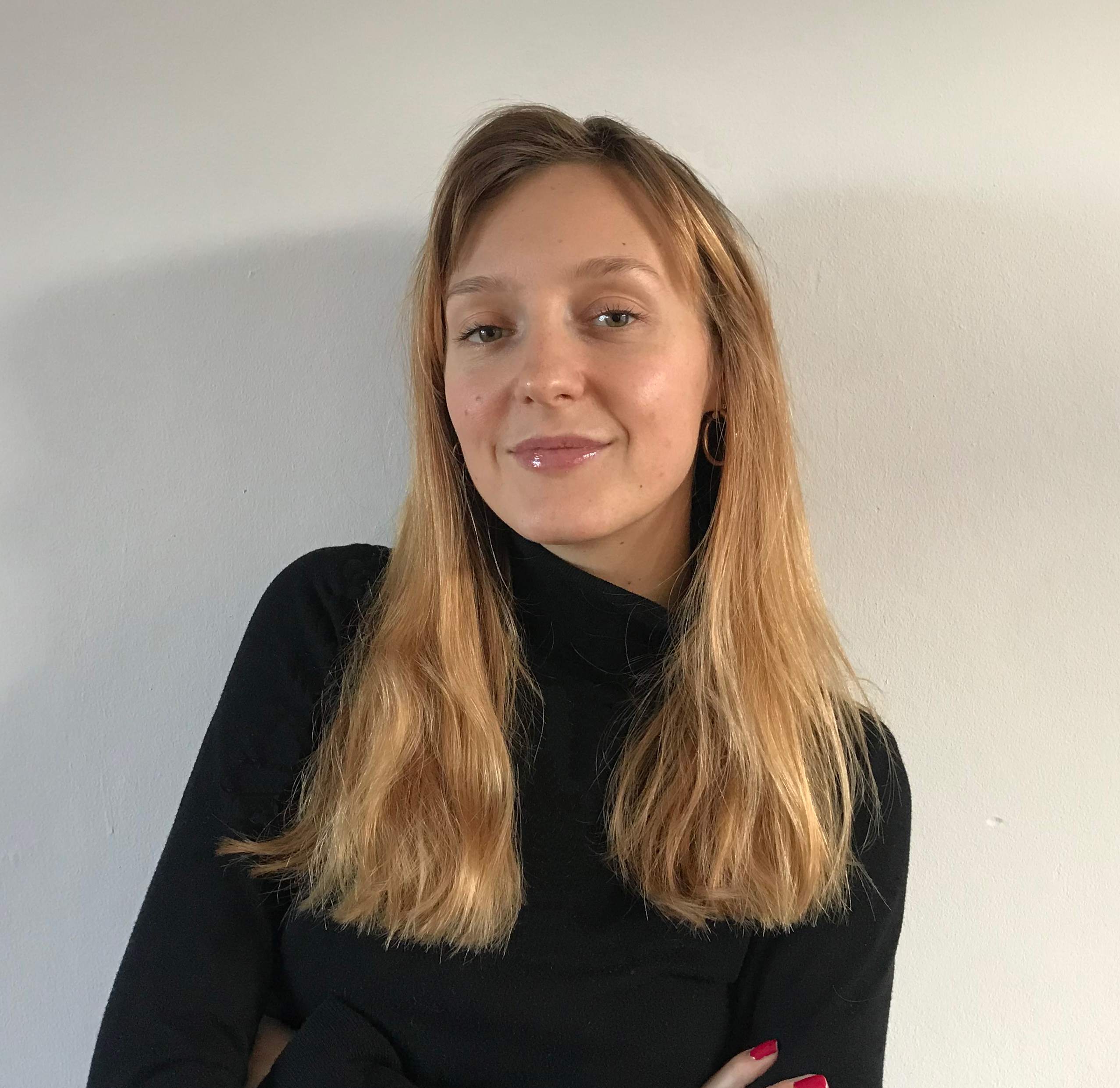 Words by Tarn Rodgers Johns
Tarn Rodgers Johns is a London-born, Berlin-based journalist and the creator of 'Regenerative Futures Berlin', an email newsletter exploring emerging ideas and innovations for how to create a thriving city that nurtures the links between individuals, communities and ecosystems.