“Blockchain Better Reflects The Abundant Reality Of The Planet Around Us."

Franz Josef Allmayer is the co-creator of SEEDS, an alternative economic system driving cooperation over profit and creating a financial vehicle for the growing regenerative movement.

Economics
Franz Josef Allmayer is the co-creator of SEEDS, a decentralised currency and global movement seeking to create a more equitable, sustainable and resilient world.

Observing that current economic systems mostly fail to benefit people and planet, Franz recognised the need for an alternative financial vehicle for the growing regenerative movement. Since the SEEDS platform launched in beta at the beginning of 2020 more than 350 networks worldwide have signed up, and that number is growing each month.

Worldwide, the Covid-19 pandemic has highlighted fundamental problems in our global systems of economics, opportunity and governance. For countries, communities and citizens around the world, the pandemic has brought devastation on an unprecedented scale. Global tourism vanished overnight, and jobs across a myriad of sectors disappeared with it. Businesses and industries that were once beacons of success now rely on government support just to survive. So where do we go from here? How can we build something better?

Whereas traditional finance is centralised and based on debt, SEEDS is a decentralised movement based on abundance.

Based on more sustainable models of thinking about wealth accumulation and distribution, SEEDS is an alternative economic system that is already being tested across seven territories in Costa Rica, a country which is already setting a global example in its approach to rainforest restoration and commitment to carbon neutrality. In locations such as Nicoya, Agua y Paz, Mora, Savegre, Osa and Talamanca, citizen-users and community groups can access grant funding of $2,500 to $30,000 USD through SEEDs. It operates as a community currency with both local impact and global reach. The aim is to design a future-proof, borderless economy to accelerate the adoption of regenerative practices.
In its simplest form, SEEDS operates as a payments platform like Visa or PayPal, meaning that it lets people instantly transfer funds anywhere on the planet. But the differentiator here is the values. Behind the scenes at SEEDS is an entirely new economic model designed to encourage cooperation and rewire the incentives that drive people to act. Rather than concentrating capital and wealth inside opaque and secretive intermediaries like banks, SEEDS is open-source, transparent, and powered by the people who use it.

Just like the blockchain technology it uses to code its core platform, the SEEDS team is entirely distributed, with no central office to be ‘remote' from. Those working on the venture are spread across locations as diverse as Austria, Guatemala and Indonesia. While banks and software companies try to harness the power of distributed technologies to increase their profit and influence, SEEDS is part of an alternative, global and people-led movement concerned with creating new and better ways of interacting and collaborating – with each other and the planet.
In this interview, Franz speaks with technology writer Lauren Razavi about the way global living has shaped his mission, how peer-to-peer transactions can disrupt power dynamics in finance, and how technology can give old ideas new life.

Lauren: Let’s start at the beginning. What was your journey towards SEEDS?


Franz: I guess the story starts with my background as a third culture kid. I’ve lived in many different countries, both as a child and adult. My mother is Guatemalan and my father is Austrian, so I experienced two very different worlds growing up. That international, multi-cultural perspective means I’ve always felt compelled to contribute something of value to people and planet. In my early career, I realised that organisations were too often concerned with maintaining the status quo than building something better.

Growing up in Guatemala with Mayan culture all around me, I learned about how the Ancient Mayans used seeds as currency.

I found myself questioning what keeps people in competition with each other and separated from nature. My conclusion was that the financial systems are what shape our mindset. Whereas traditional finance is centralised and based on debt, SEEDS is a decentralised movement based on abundance. I’m one of multiple co-creators, and we collaborate to build a new way together. Each of us has a unique piece of the puzzle. By combining our efforts, we aim to create a new operating system for humanity.


Lauren: Have there been any key moments or experiences that defined your thinking and inspired you to take a particular path?


Franz: Growing up in Guatemala with Mayan culture all around me, I learned about how the Ancient Mayans used seeds as currency. This was my inspiration. Seeds lose value over time because they rot, so you are incentivised to use them or pass them onto somebody else. This is the complete opposite of our financial culture today. People are incentivised to acquire and stockpile wealth, not to use it and keep it moving.
I reached a point in my life where I realised that all this ancient, indigenous wisdom from the Mayans offered important lessons about alternative cultural paradigms. There is so much we can all learn from this ancient knowledge. I wondered how I could apply parts of the culture I originally came from to the regenerative movement globally.


Lauren: Do you view your mission as trying to build a bridge between the old and new worlds? Are you consciously trying to bring ideas from the past into the present with technology?


Franz: Yes, absolutely. SEEDS is like an ancient future technology. We can use our ability to program money and ideas from the past to shape the future. Our goal is to restore fundamental ways of interacting in communities that have been eroded throughout history. Everything that has been fragmented by the centralisation of power and separated by the global financial system. We’re all in this fight for a better, more equitable world together. Our financial system should reflect that truth. Nature is abundant; it’s the current financial systems that place artificial scarcity on things.

People who are doing good to the global system are stuck in a scarcity trap of somebody else’s making.

Lauren: I'd like to delve into those existing financial systems, and particularly the systems of power they create. What needs to change? What problems is SEEDS solving in that sense?

Franz: Under the current system, a handful of people choose what value is for the rest of the planet. It’s been that way for a very long time. Intrinsically valuable things aren’t given their rightful value: the environment, peace, democracy. Our financial systems don’t nourish those things. They come secondary. People who are doing good to the global system are stuck in a scarcity trap of somebody else’s making.


Trickle down economics says money is supposed to trickle down to all levels of society but in many cases, it doesn’t. To change the trajectory of humanity, we need to evolve our systems. So SEEDS is the exact opposite of that. It uses technology to sustain complex systems, which means we can create as much currency as there is demand for people to exchange.
If we can decentralise the creation of money, every person who is contributing to the growth of the economy will receive the benefits of that money creation directly.

At the moment, people don’t get much of a say in where their money goes. Taxes are spent on the oil industry and war games with no real input from the citizens funding them. If a majority of people’s voices could be heard, the world would look very different. SEEDS exists to help the world overcome those problems. It’s a financial system that allows us to channel our collective energy into a shared vision of change, where all users have a direct voice and can contribute value to the planet.


Lauren: The Covid-19 crisis has brought some of these structural problems to the fore. Many governments found they had limited options in terms of their ability to support people, because they don’t hold the power to financially interact with their citizens unless they involve banks as an intermediary. Can peer-to-peer transactions change power dynamics like those?

I want to show other people that there are meaningful options beyond the old ways we’re all familiar with and frustrated by.

Franz: The present system of debt-based currency has evolved over many years and, in the process, created many layers of middlemen. Those intermediaries capture the value and benefit from people exchanging and transacting. What blockchain technology allows us to do is access others directly without any unnecessary layers extracting value. The ability to do that shifts the very foundations of how our societies work.


Right now, banks charge users high fees for simply transferring data from one folder to another. The levels of complexity in our financial systems, and therefore our lives, has become normalised. Blockchain offers something more integral, useful and direct. It better reflects the abundant reality of the planet around us.


Lauren: I’ve been reporting on blockchain for the past six years. In that time, I’ve seen the banking industry and regulators move from a position of “make it stop” to “this could make us more efficient”. How do you think SEEDS can overcome the problem of existing players like banks adopting the same technologies, but without the values and vision?
Franz: It's a big challenge because these powerful institutions have infinite resources and a lot of influence. Facebook, for example, already has billions of people on its platform so smaller decentralised players are at an immediate disadvantage. Only history will be able to judge. In my view, we’re in a constant battle of decentralisation versus centralisation, fragmentation versus integrity, degeneration versus regeneration, scarcity versus abundance. I’ve made my choices, and I want to show other people that there are meaningful options beyond the old ways we’re all familiar with and frustrated by.


Lauren: Do you see the potential for SEEDS to facilitate a universal basic income in the future?

Franz: Yes, our ‘universal earned income' model is a take on the basic income idea. SEEDS rewards people for taking on roles that are important for transitioning to regenerative models through grants worth anywhere from $2,500 to $30,000 USD for individuals, startups and more established groups. We streamline, facilitate and automate the distribution of rewards in a community.

We can’t really fight existing systems. If you look at things that way, you find a lot of obstacles and resistance to whatever you’re trying to accomplish.

Take Costa Rica, for example, where the pandemic has decimated tourism and caused severe unemployment. We’re working with local partners on the ground there to help communities self-organise, identify their needs and recognise those building local resilience with financial rewards. This can be through education and training to improve employment prospects, other times it could be or the creation of urban farming plots to establish greater food sovereignty.

Lauren: You’re aiming to build new, future-ready infrastructure instead of putting your efforts into fighting the old systems, and you’re leveraging tech to incentivise positive human behaviour. Is it evolution rather than revolution?


Franz: That's exactly it. We can’t really fight existing systems. If you look at things that way, you find a lot of obstacles and resistance to whatever you’re trying to accomplish. It becomes much more difficult to get anything done. Tools are what help cultivate a new consciousness and better ways of doing things. We need to give them to people. 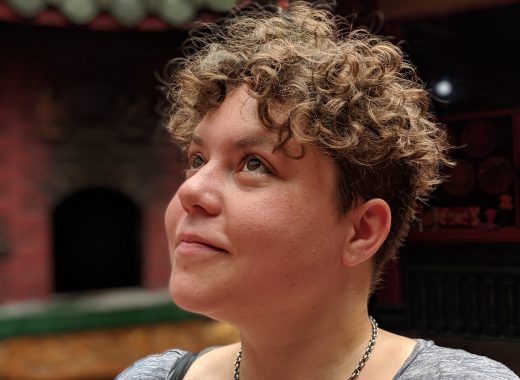 Words by Lauren Razavi
Lauren is an award-winning writer, speaker and strategist focused on the intersection of technology, business, policy and human behaviour. She is based in Amsterdam.
Photos by Christopher Burrows
Chris is a Berlin-based illustrator, graphic artist, designer and animator. 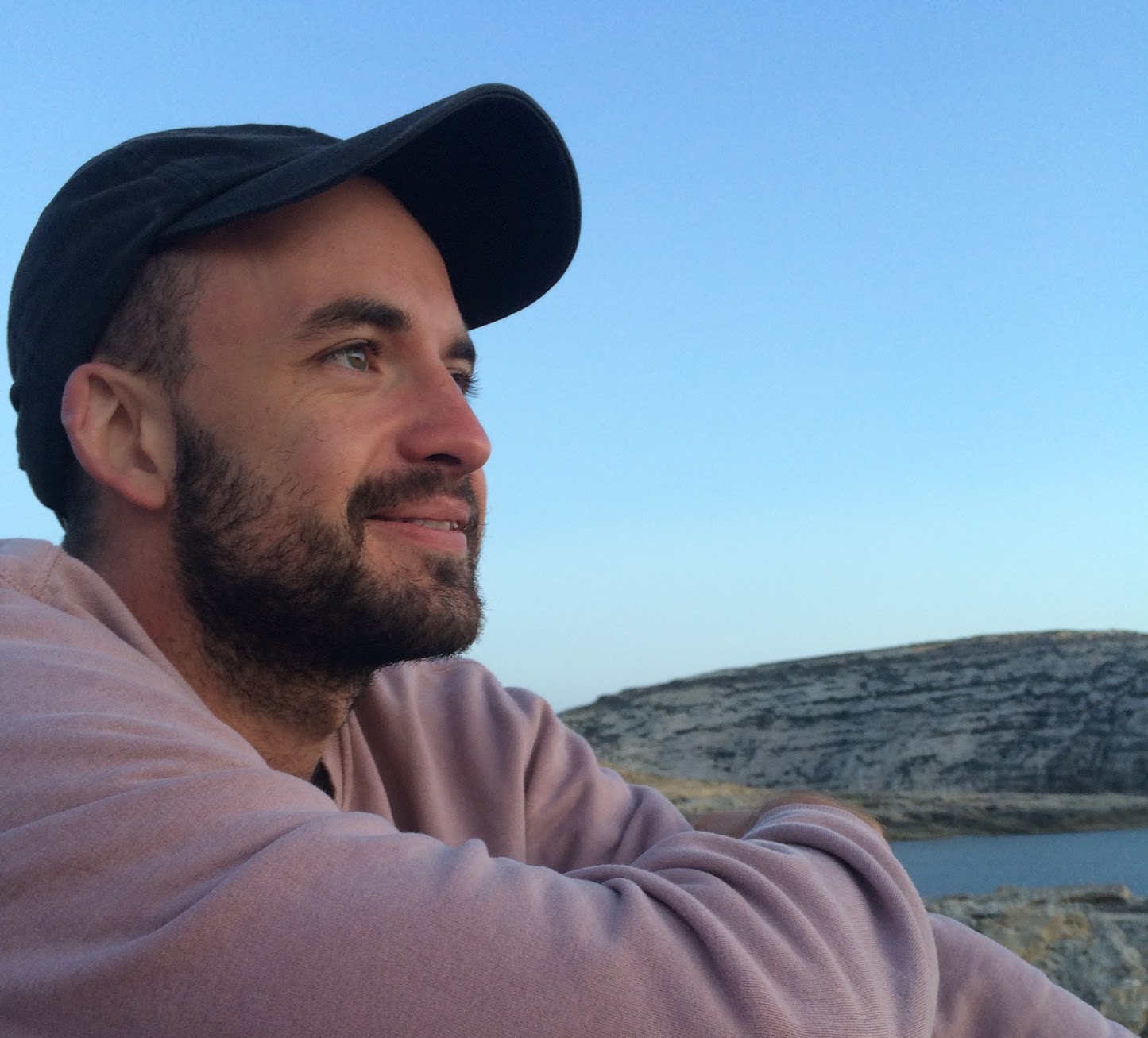