The Return of the Age of War, Or: Has the Meta Been Grounded?

Emerge Digest March 2022. A new monthly series reflecting on what has been emerging.

Emergence
Only three weeks ago, we published a piece by Layman Pascal on apocalyptarianism. Layman wrote that the old question was: “Will there be an apocalypse or not?” The new question is: “How do we live under the conditions of the apocalyptic mood?”  He wrote this piece before the Russian invasion of Ukraine on 24 February 2022, which has changed our world in ways we cannot even begin to comprehend and process yet. The apocalyptic scenarios upon which Layman reflected were the familiar constituents of the meta-crisis, which, until 14 days ago, loomed so prominently in our collective imagination.

Now, a terrifying and cruel war is raging in Europe. What the Russians are doing in Ukraine has already been called a genocide. Whether Putin is a sociopathic madman or a highly effective ideologue is beside the point. What matters is that he is a retrograde imperialist who places little if any value on the lives of individuals. He very literally privileges his nostalgic vision of a once again powerful Russian empire über alles – including the survival of humankind. It is evident that Putin is not just prepared to flatten Ukraine and to expose his own country to decades of economic pain, but that he is also willing to go nuclear.
The question of how to be a good apocalyptarian, then, has now taken on a much more sinister meaning. We are faced with a catastrophe of a very different order – one that is here, now, killing thousands of innocent people, radically transforming our geopolitical and economic orders, and endangering the survival of our species. The notion of living in a “time between worlds”, too, has a new, much more sombre ring to it now.
In his three beautiful theses on liminality, Jeremy D. Johnson explores what liminality may mean to us not as an abstract concept but “as a structure of feeling with both a material history and a material future”. The unthinkable potentiality of mutually assured nuclear destruction is alive again, the sleeping dragon woken from its Cold War slumber. It is perhaps the worst kind of liminal existence. While the mid- and long-term outcomes of Russia’s attack are unpredictable, we do know that their impact will be momentous. There is no doubt that Putin’s campaign has already ushered in a paradigm shift – but not the one for which we were hoping.


In a deeply moving and insightful TED interview, the historian Yuval Noah Harari identifies the shift that we are living through right now: we have moved from an era of progress, measurable in a reduction of national budgets spent on the military, to one of warfare, in which money that could be spent on addressing the climate crisis, on education, on healthcare and on culture, will now have to be invested in tanks and weaponry. Germany – married so firmly to the idea of demilitarization after the Second World War that it was a defining feature of its national identity – has just announced a doubling of its defence spending. Many other countries will doubtless follow suit.
Are we already in the middle of a third world war? Or, as Bayo Akomolafe suggests in a short, lyrical provocation, did the last war simply never end? Was our post-1945 peace project merely an illusion? Rather than seeing it as a dramatic caesura, we could also understand this war as the symptom of a long-lingering disease. Bayo writes: “I speculate that this campaign for Ukraine, this Kremlinian struggle for breath, this red-eyed nightmare of NATO dragons yonder, is also an infection, an epidemiological moment, a political tentacle of a virus that exceeds the biological. A spiritual inflection.”

“What this moment is probably telling us is that the war didn’t end in 1945 ... Like a fungal entity knowing its end is near, the war adopted the extreme biological strategy of sporulation: it spilled into our new factory production values and a new culture of manufactured obsolescence and futilitarianism; it hid with/in the aggressive expansionism of development paradigms and overt operations to extract from land and ecology to build empire; … it evaporated into the atmosphere, forming a global warming of despair – a heat dome abounding with volatile political compounds and dissociated ancestries. And now, an insurgency of the molecular sort infiltrates the cold stoic interiors of modern superpowers – reminding us that we never really stopped hurting each other.

And yet there are other, more optimistic voices out there. Catastrophic as it is, the war may also act as a catalyst: just as COVID has speeded up digitalization and flexible work arrangements, the Russian invasion of Ukraine is likely to accelerate investment in green energy and renewables, in particular in Germany, one of the countries hardest hit by its dependency on Russian gas and oil. An urgent new Emerge piece by Wolfgang Knorr and Rupert Read (also published pre-invasion) questions the common emergency framing of the climate crisis. “The real climate emergency is that we don’t treat the climate crisis as an emergency because we feel no emergency,” they write. “Call this ‘the meta-emergency.’” They ask: “What if climate is not an emergency, but something much more difficult? Worse: What if the drive towards declaration of emergency is just another form of immunity to deep change, in disguise?” There might now be an even more immediate reason than climate change to reduce our consumption of gas and oil.

The war in Ukraine may also, as Yuval Noah Harari suggests, spell the end of the culture wars in the West. So far, the West has been more unified in its response to Russian aggression than it has been for decades. The external threat to our core values and beliefs has focused people’s minds. Any association with the Kremlin is now so toxic that many brands and corporations have ceased trading with Russia. There may even be a movement towards closer collaboration, a return to values-based politics, and a reappraisal of the value of kinship amongst the democratic nation across the world in the wake of this humanitarian catastrophe. Hannah Close, in her beautiful essay “Re-Enlivening Relationship in Fractured Times”, puts it this way: “The call for connection is not a tree-hugging, romanticist fantasy – it is imperative to our continuation as a species.”
It is because of feelings of deep kinship that the horrific suffering of the Ukrainians is so very hard to watch. And yet this suffering has also generated genuine heroes. The Ukrainian President Volodymyr Zelensky is probably the most inspiring political and military leader in decades. It is a strange combination of utterly heartbreaking and profoundly uplifting to watch him address his people, and the world, in his defiant video-messages from the frontline. In turn, he has inspired the Ukrainian people to undertake heroic resistance in the face of seemingly insurmountable odds. In a recent Perspectiva video on Ukraine, Jonathan Rowson highlights that Zelensky embodies many archetypes, including King, Warrior, Magician and Lover.

This war, Jonathan argues, is the defining battle of our times for three reasons: it is existential, because it might escalate to nuclear war; it is ideological, for it is a frontline in the battle between democracy and authoritarianism; and it is epochal, in the sense that we can see it as hypermodernism trying to crush metamodernism. But what will happen to our predilection for systemic meta-talk, Bildung, spirituality and inner development now? Are they peacetime privileges, or have they become more urgent and important than ever? A friend from Russia who was at the Emerge Gathering in Berlin spoke in October 2021 of the cognitive dissonance that she felt, manifest in an unbridgeable gap between the kinds of enquiries addressed at the Gathering and her lived experience in Russia. That sense of disconnection has of course multiplied a thousand-fold with the suffering and death in Ukraine, the economic hardship faced by the millions of refugees from the region, and the fear for our old ways of life and the very survival of our species that many of us feel right now.

Indra Adnan’s latest, much-needed and hope-inspiring piece on the power of cosmolocal citizen action networks has the beautiful title “Where the Meta Hits the Ground.” Indra is exploring transformative initiatives that are already happening, rather than just being talked about. But we could read the title differently, too. I find myself wondering whether the meta has been grounded now – it, too, the victim of Russian artillery, or whether we may, in due course, witness its even stronger rise amid the ruins.

Ivo Juriaan Mensch is hosting weekly Ukraine online support gatherings so that we may come together in solidarity with our brothers and sisters in Ukraine and see how we can offer support. Emerge wants to offer a space to listen and share stories in support of everyone who is impacted by Putin’s aggression against the Ukrainian people.

We hope many friends in our network from Ukraine can join and learn how we can help them best.

If you wish to make a donation we have compiled a list of mostly Ukranian on-the-ground initiatives. You can find the list here. 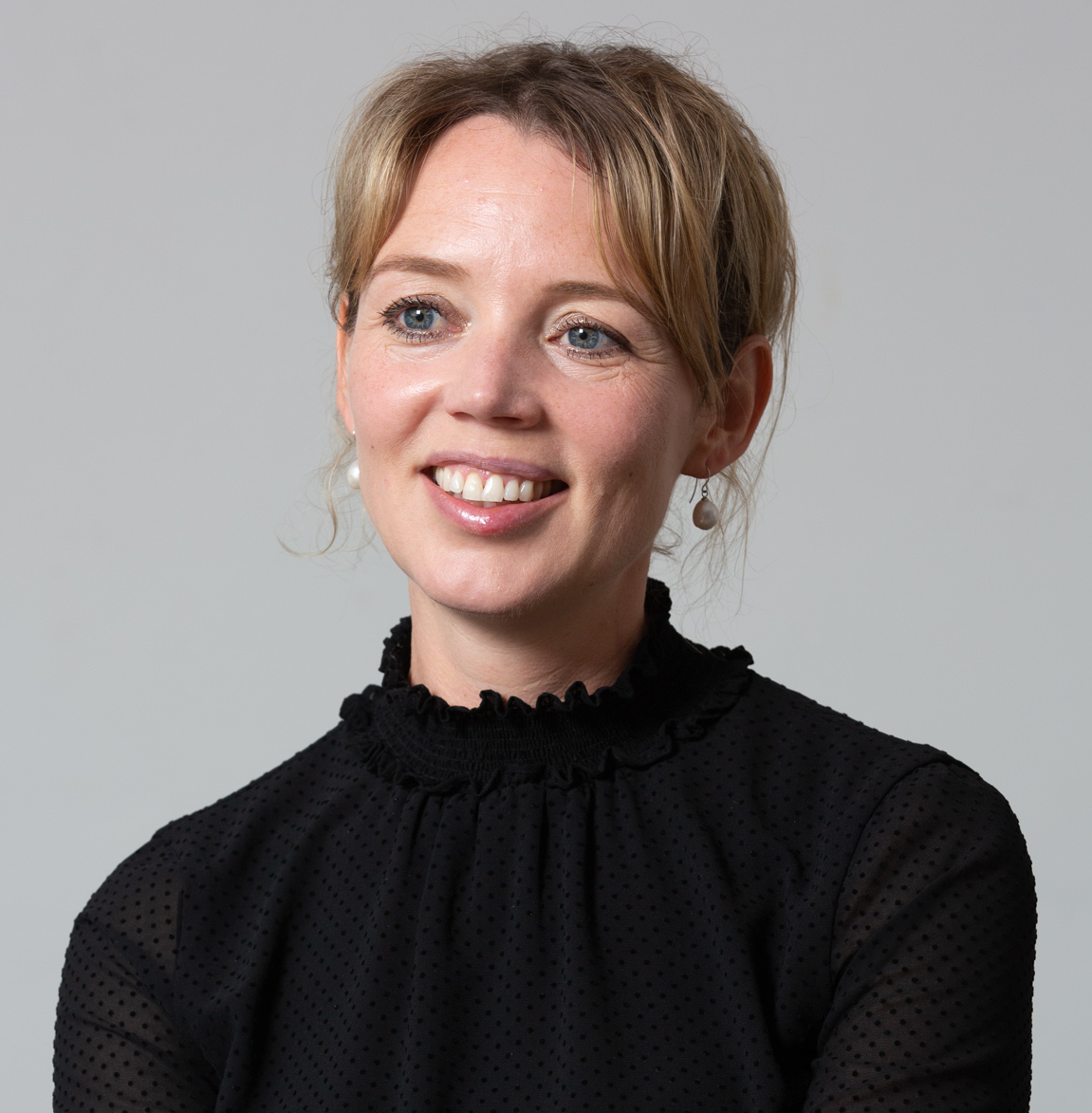