Sustainability
With its affluence, infrastructure, and prioritizing, Switzerland has the potential, and current ability, to create sustainable agricultural projects that could readily serve as global models.  A uniquely Swiss framework for supporting sustainable agriculture has to take the following three factors into consideration: First, only about 10% of its land is arable. Secondly, the historical isolation of the country means that Switzerland has tended to adopt a nationalistic approach to production and consumption. And thirdly, its at times highly individualistic, wrong-headed or bold willingness to confront power – whether it’s the Habsburgs, the Pope, or the European Union – means that the Swiss tend to exert social authority with extraordinary confidence and a sense of personal entitlement. This is exemplified by their faith in taming nature.  Agriculture, then, is intimately tied up with Swiss self-identity.

According to Farm Progress (5/30/13), a site monitoring global agriculture, “The benefits of Swiss agriculture are not purely economic. The agricultural sector uses around half of the surface area of the country and thus contributes to protecting and preserving the landscape. Swiss farmers also produce 55% of the food consumed in Switzerland (2014), thereby helping to safeguard national food security...Federal agricultural policy aims to protect this sector. In 2015 the federal government spent CHF 2.8 billion, or around 4.2% of its budget on direct payments to safeguard the farming industry and the national food supply.”
Codified by the Federal government in article 104 the role of agriculture is, forgive me, a sacred cow in Switzerland. By essentially trying to depoliticize federal support for agriculture, the government has created a baseline of ecumenical support.  The controversies that do take place between agricultural communities and urban dwellers go on, of course, and range from trivial to serious, and while voters at times oppose an increase in subsidies, they aren’t looking to decrease them either.  And, yes, the SVP (Schweizerische Volkspartei) is a right-wing political party, started by farmers in 1910, but it has morphed into a political blob that is nowadays more populist and nationalistic than agrarian.  And, to be sure, farmers in Switzerland are not, en masse, a uniform voting bloc; some are conservative, some are Green or Left.
The Swiss who lead on agricultural sustainability, therefore, reflect a wide range of views.  Some adhere to scientific models while others are flat out quirky.  What they have in common is innovation.  Then, too, sustainability is not just a term to be applied to the environment: It has economic and societal meanings as well.  Sustainable communities that work with immigrants toward integration.  Sustainable use of transportation.  Sustainable application of employment.

Message in A Bottle

Swiss winemaker Sandrine Caloz, just thirty-two years old, won the national competition in 2019 for the best organic wine produced in Switzerland, awarded by the wine magazine VINUM.  Integration of her political aims is in the foreground of her work as she produces wine on the family property. She is making natural wines and employing African immigrants.  Through that employment, she has created a sustainable model for community integration that addresses the challenges of foreign employment in an economy that needs the workers, but also needs to concern itself with the social challenges of their lives in Switzerland.
Caloz has gained recognition, as evidenced by her VINUM award, for producing top organic wines in ways that are environmentally sound.  “In Switzerland, less than 10 percent of the vineyards are organically grown,” she says. “In my wine region, working without chemical pesticides means imposing 30 to 40 percent more production costs over the year.”
Caloz has also developed a reputation for being a positive force on the contentious issue of immigration. “There is a large community of migrants coming from Eritrea to Valais,” she said. “When I took over the family house, located above our wine cellar, I had no children. (Now I have two!) So we decided, my husband and I, to welcome in our house a young man from Eritrea. He worked in a restaurant nearby and explained to me that many of his friends could work in the agricultural sector. These individuals, who are refugees, are in our harvesting crew.”
Integration of the communities goes beyond food and work, and has a spiritual component. “Most of the Eritreans that work with our family are Catholic, and a lot of them are very assiduous in their belief,” said Sandrine. “Their Eritrean choir sang at my wedding.  And when we eat together, whether during the Vendage or other times as well, we pray together before eating. But I want to add: we are not Catholic extremists! My husband is a non-practicing Muslim and my best friend is gay and married.”

In 2013, cheese importer and writer Caroline Hostettler realized a goal to help sustain the many small, family farms, whose cheeses she sells in the United States, by linking farmers with purveyors: Through Adopt an Alp, each customer makes their order in the spring but pays after having received the product, just like with any other cheese delivery.  Also the money does not go to an organization that then disburses it to the farmers. The farmers sell directly to Adopt an Alp, and, as a result, get the highest possible revenue (because there is no middle man or company involved).
As an incentive, the purveyor is guaranteed exclusive distribution in their U.S. region of the cheeses from the Swiss farm they selected. Presently, 34 Swiss farms participate in Adopt-an-Alp, and 103 purveyors in the United States have adopted alps.  The alpine farms are spread out all over Switzerland, and the program offers a financial lifeline to them.
Two of the farms that are prominent in the program are Ruosalp (in canton Uri) and Satteleggli (canton Bern), which combine work in the valley with movement of the cows to the alps in summer.  The efforts are family-centered with everyone pitching in.
At Satteleggli, Theres and Ernst Reichenbach produce Berner Oberländer Alp- und Hobelkäse AOP. At Ruosalp, Max & Monika Herger, along with their children, Remo (14), Marina (12), and Lea (9) ascend by foot in late May for the summer of tending their cows in the mountains.  Joining them are Nina Baumann, a homeopathic veterinarian.

Cow farmer and inventor, Niklaus Hari started to re-think his energy needs as far back as 1986, and these days his ideas have come into fruition that far exceeds his original efforts. Hari developed a system for converting cow flop into energy.
Hari explained to Schweizer Bauer (7/13/15) what he invented:  “I have a decentralized biogas plant for the production of heat and electricity.  It can be used on farms that have  fifteen or more livestock.  The result?  Ecological and economic value.  Because without foreign organic material, you produce your own electricity with renewable energy and also contribute to a lower methane gas pollution of the atmosphere. The methane gas produced in each farm is specifically extracted and converted into heat and electricity in the engine.”
Hari, who runs his organic farm in canton Bern, has his own biogas plant, which he invented and built.
Pragmatically, Hari explained the process: "I take the manure of the cows, add co-substrates such as coffee grounds, and place this mixture into a closed fermentation room. Here, anaerobic fermentation takes place, in which methane bacteria are involved. These bacteria live on the manure supplied and then convert it into biogas. The extracted gas goes to a generator, which uses the supplied energy to generate further end products of the biogas plant: electricity and heat. I use that energy to maintain my farm. In this way, biogas production represents a self-contained cycle.”
Hari has a contract with the electric company Swissgrid; he produces so much biogas and green electricity that he can sell part of it.  He also turned recently to consultancy with an eye to addressing climate change that he sees evident in higher temperatures than previous years.  He combines his quirkiness with old-fashioned, hands-on problem solving.  Looking at all that cow flop, day after day, inspired him, like a modern alchemist, to turn shit into gold. 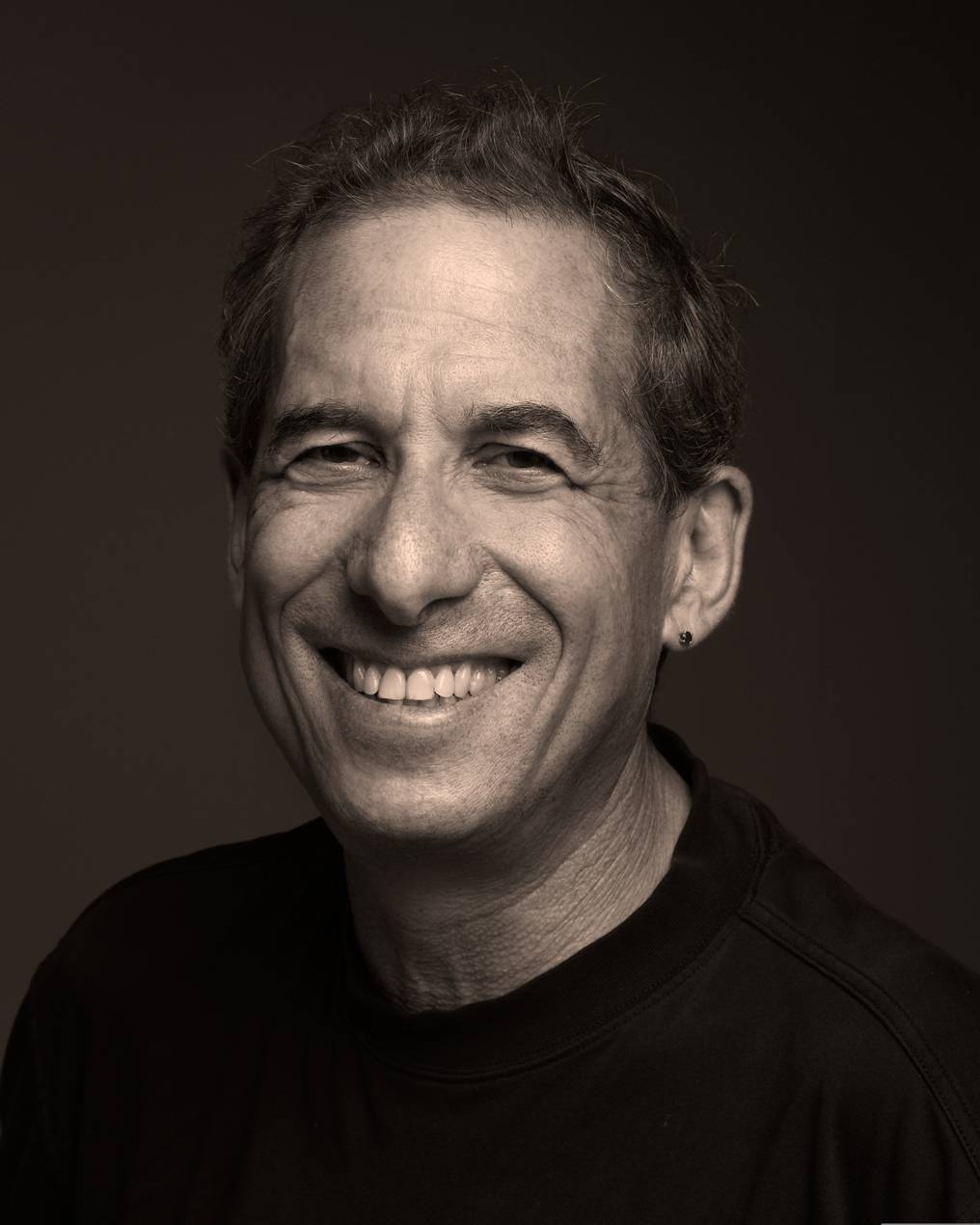 Words by Scott Haas
Scott Haas is a writer and clinical psychologist based in Cambridge, Massachusetts and Braunwald, Switzerland. His most recent book is: “Why Be Happy? The Japanese Way of Acceptance.” (Hachette, August, 2020) Previous books include, “Hearing Voices,” (Dutton), “Back of the House” (Berkley/Penguin), and “Those Immigrants!—Achievement in the Indian-American communities of North America (Fingerprint/Prakesh). He writes a monthly jazz column for Boston’s weekly Black newspaper. Currently at work on a book about sustainability in Swiss agriculture (Benteli). He is a dual US-German citizen.