The campaign for Ukraine is also an infection, an epidemiological moment, a political tentacle of a virus that exceeds the biological. A spiritual inflection.

War
There's an intriguing theory about Vladimir Putin's most recent and ongoing murderous turn to a bare-faced campaign for domination: some analysts suggest that behind the laughable reasons the Kremlin has come up with for invading Ukraine ("to de-nazi-fy Ukraine", "to protect Russian citizens from Ukraine's nuclear ambitions"), behind the iron curtain of excuses, is a small man beleaguered and haunted by his own isolation - an isolation that was reinforced and strengthened by the epidemiological crisis of the COVID-19 pandemic.

Like a molecular "Fat Man" bomb deployed over the planet, the virus broke through our defences, penetrated our ramparts, and disturbed the presumptuously secure foundations upon which the post-1945 peace project was built. Vladimir Putin reportedly caught the virus. It did things to him. It gave him visions, made Volodymyr Zelensky a comical but real threat. It became clear: the annexation of Crimea hadn’t been enough. He had to do more to expand the Russian empire, to restore the lost glory of the Czars, to free himself from the strangling grip of NATO forces around the prickly, skin-tight borders of his homeland. The ex-KGB president, eyes reddened with a calm fury, struggling for breath, pressed the red button.


Behind the pretensions to insomniac self-preservative reason, beneath the workings of the machine, often lies a squirming worm, a subterranean critter ecology. We humans are after all composite ecosystems, oriented by the invisible, moved within a ferment of bodies that exceed us, and – yes – swayed by neuroparasitological imperatives (much in the same way the fungal pathogen Ophiocordyceps unilateralis might infect an exposed ant, steering it away from its own colony in search of heights to seed a new fungal station for sporulation; or like the little protozoan Toxoplasma gondii makes cats sexually arousing to infected rats, so that they leap into their feline claws on sight). I speculate that this campaign for Ukraine, this Kremlinian struggle for breath, this red-eyed nightmare of NATO dragons yonder, is also an infection, an epidemiological moment, a political tentacle of a virus that exceeds the biological. A spiritual inflection.


What this might tell us in these times of trouble is that we are immersed within powers and principalities that exceed flags and borders. Like a crystallizing solution exposed to a catalyst, the pandemic has brought an apocalypse – an unveiling, a ‘bringing up to the surface of things.’ A showcasing of things that were already there. What this moment is probably telling us is that the war didn’t end in 1945 with Japan’s surrender and the victory of the Allies. Like a fungal entity knowing its end is near, the war adopted the extreme biological strategy of sporulation: it spilled into our new factory production values and a new culture of manufactured obsolescence and futilitarianism; it hid with/in the aggressive expansionism of development paradigms and overt operations to extract from land and ecology to build empire; it transmutated into activated gut microbiomes, inflamed cells, and irradiated chemical waste - inventing new food pathways for the new citizen; it contorted its body into new technologies of racialization, and hid in the language of pervasive trauma; it evaporated into the atmosphere, forming a global warming of despair – a heat dome abounding with volatile political compounds and dissociated ancestries.


In short, the peace of the Geneva Conventions and the justice of the Nuremberg trials were war-inflected. And now, an insurgency of the molecular sort infiltrates the cold stoic interiors of modern superpowers – reminding us that we never really stopped hurting each other.


If I were in Ukraine, I too would take up arms. I would defend my country: it would be too difficult to resist the waves of patriotic fire that circulate over the bright and darkened landscapes, “obsessing our private lives” (to quote W. H. Auden).


Perhaps then, those of us who feel "far away" from the sites of war might want to remember that we are no less exposed to the fires that burn. We too are locked in the crosshairs of fascism. We were born in war. Victory often perpetuates these wars. We need a postactivism of sorts, an ethnography of descent that seeks out new allies, new projects of mutation, new shadows – not to arrive at a utopian peace, but to make new opportunities for desire and longing legible and liveable.


For our brothers and sisters in Ukraine. 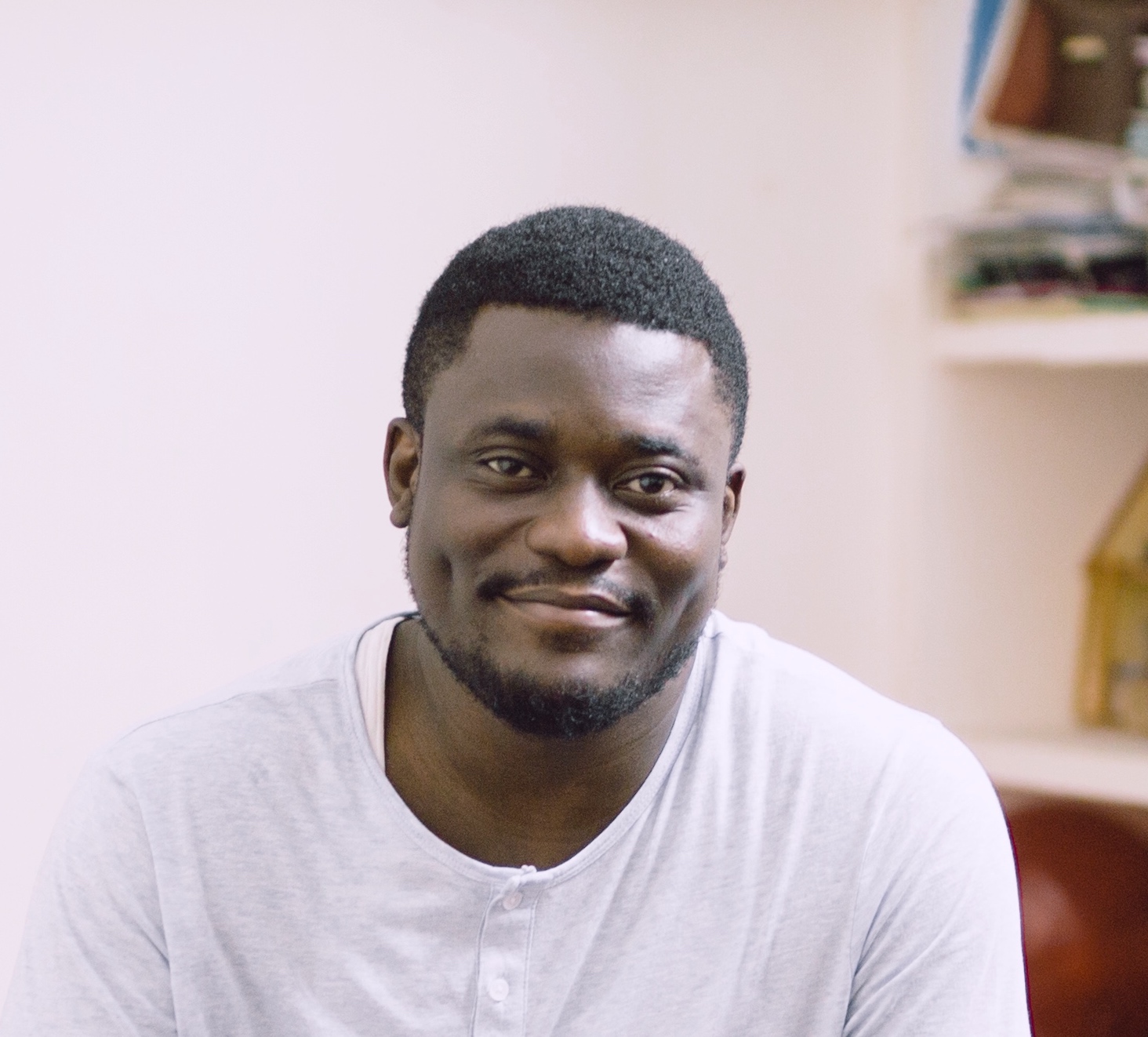 Words by Bayo Akomolafe
Bayo Akomolafe is globally recognized for his poetic, unconventional, counterintuitive take on global crisis, civic action and social change. He is the Coordinating Curator for The Emergence Network, and host of the online course, ‘We will dance with Mountains’. Bayo hopes to help pioneer expeditions to the frontiers, where inter-species and inter-cultural dialogue can happen.