Context, challenges and a thesis.

This piece is a result of a collaborative dialogue between Tomas Björkman (Ekskäret Foundation) and Rufus Pollock (Life Itself). We’d like to thank Theo Cox of Life Itself for his support in editing it. Through our discussions, we noticed our thinking and work has a very similar perspective on the approach to social transformation – one linking the inner and the outer, the personal and the collective. We drafted this mini-essay initially simply to set out concretely our shared views, approach and strategy.
We have chosen to share it more widely for a few reasons. First, we think that others may find the overall summary resonates with them and connects with their thinking and approach – especially the more general context and challenge sections. Second,  we would like to gather feedback and generate discussion around its content and thesis. Third, it could be an illustration for how other people and organizations create deeper alignment – this material was worked out over several sessions spanning several months.
Finally, we emphasize that this is but one of many ways to understand our current context and how to respond to it. We would very much like to hear from others who feel alignment or tension with what we have written. You can reach us via various channels, the best being https://lifeitself.us/contact/.

Our key theses are:
1. Transition is Needed: there is an urgent need for a transition from where things stand today.
2. Transition is Paradigmatic: The transition involves a paradigmatic shift that includes a profound shift in worldview (views and values).
3. Transition is Inner & Outer:  the transition involves the integration of the inner and the outer – personal/collective growth as well as systemic transformation.
4. Transition prioritizes Being: whilst inner and outer are both needed, inner development has primacy, that is it should be prioritized and takes ultimate priority (also known as the “primacy of being” thesis).
5. Transition requires Engagement (of the right kind): transition can be cultivated but not engineered. There is a middle way between passive disengagement (just letting it unfold) and arrogant engineering. The challenge is therefore to facilitate transition and cultivate emergence, rather than seeking to engineer it.

Humanity and the planet are at a critical (bifurcation) point in history similar to major breakdown/breakthrough points of the past, most recently the transition to modernity (in the Enlightenment). We risk civilizational collapse and we also have the possibility of a breakthrough.
This transition cannot be “managed” or “engineered” but it can be facilitated and supported. In this vein, we have a sense of what the upwards transition would look/feel like in that it would:

A.  Involve a focus on inner development (the left quadrants in Ken Wilber’s
quadrant model [1]) – a thesis we term the “primacy of being.”
B.  An increasing capacity to relate to oneself, to others, to society, and to the
planet in deeper and richer ways from a space of greater awareness and
(inner) freedom.
Finally, in terms of where we are in the trajectory of breakthrough (or collapse) we have the following (very crude) guesstimates:
First, there is a rapidly growing set of people who sense that things are wrong. That something is not working with the current paradigm – even if they might not frame it that way. We conjecture ~20%+ in places like Europe and North America.
Second, there is a much smaller subset of those who are not cynical or depressed and therefore potentially active. We hypothesize this group to be around ~2% of the population in a leading edge location e.g. Stockholm.
Third, and finally, within that there is a subset who appreciate the above and are potential pioneers/facilitators of the next stage. This group is currently very small. Our wild speculation is that this is less than one in a thousand (0.1%) in leading edge locations.

We consider these groups roughly to map onto Fisher’s Personal Transition Curve, shown below:

First, without an upward transition, there is a high probability of a downward one, i.e. civilizational collapse. This would be a bad outcome in a great many ways, so we want an upwards transition.
Second, incremental patching of the old system is insufficient – these issues are foundational and go to the root of the existing paradigm at a socio-economic and, more importantly, inner personal and collective level – the level of worldview and being.
Third, simply “stepping back” and disengaging from our current situation is also inadequate – active engagement and support for a transition is essential. This must not be approached as “fixing” the problem, or come from the same arrogant engineering mindset which has led us to crisis in the first place – but it is also insufficient just to “step back and let the evolutionary process unfold”. Instead, we can focus on creating and shaping the conditions for emergence, through a combination of sense-making faculties that allow us both to attune and relate in a new way as well as to be in service to that which is unfolding. Metaphorically, we are gardeners, facilitators and improvisers rather than engineers or scientists. Moreover, that we are a key part of the evolutionary process and not apart from it is an unavoidable reality. We can simply choose to be conscious or unconscious participants in it, and being conscious is not only wiser but also our responsibility.
Fourth, these ideas have not spread much, especially to the mainstream – the need for transition, its paradigmatic nature, the need for engagement. Whilst there are “pioneers” (early adopters) they are still a) a tiny minority; b) un-networked; and c) lack a common language. In short, there is as yet no self-conscious “movement”. So much so, we don’t even know how many there are, and what terminology to use. Moreover, many who are, or could be part of this, don’t yet recognize each other. (There are, of course, some existing initiatives that seek to map the ecosystem and connect actors and activities and to create frameworks for a meta-network, but we need to find ways to do so at scale.)
Finally, at a practical level, there is much missing, including a) common, concrete principles, manifestos and frameworks, b) research and practice agendas, c) resourcing, especially in terms of funders or academic support, d) knowledge and working examples of how to catalyse transformation in persons and groups, and e) mainstream awareness and recognition.

In summary, the questions we seek to answer are the following: Where are we in the process of bifurcation and emergence? What hypotheses do we have as to what will facilitate transition/emergence upwards? And, finally, based on that, what would be a near-term (e.g. 5 year) roadmap?
Below we have included the issue tree generated from the above question. The diagram breaks down the sub-questions we have to answer in order to generate an adequate response to the main question.

We are at a very early stage in the Berkana two loop model with a few scattered people who really feel the necessary direction of change, within a larger set who are starting to sense something.
One can set out in detail the plausible steps in a transition and the emergence of a new paradigm and where we are within it. Here is sufficient to say that we think pioneer groups are starting to connect and define key terms and framework for a global movement made of small localized communities, globally connected.
Given where we are in this process right now, we think in the nearer term (3-5-10 years) we should focus on connecting these pioneer groups, while starting to cocreate key terms and a framework for a global movement made of these small localized communities which are globally connected.
Right now, a key priority is identifying other parties and aligning core initial activities, e.g. developing a shared language, research agenda, experiments in community building and so on. A start has been made in this ecosystem mapping project.
Over the next 5 years we are going to start discovery and alignment workshops via snowball referrals in the field. Through these and related efforts we hope to identify key stakeholders and potential strategic partners, and map and connect the ecosystem in a way that supports its evolution and impact on wider society
As inner development is so crucial to this transition, a major focus will be on practices and spaces to cultivate and nurture sustained evolution. To this end, we will work with others to develop deliberately developmental programs, spaces and communities.
Relatedly, we will experiment with a broader range of offers as a way of engagement and finding potential pioneers (e.g. inner development goals, personal development workshops).
We will leverage academic methods and wisdom traditions to inform our approach, exploring various schools of thought and using academics’ knowledge of emerging communities of practice. We can also leverage consulting communities and other professional contacts for connections into the business world.
Finally, it will be important to keep our eyes on the horizon and to imagine various longer-term scenarios (e.g. 30y and beyond) and how they would start to show up. We don’t know yet how these efforts will unfold, both direction and speed, and any signs will help us better to direct and adapt our efforts – just as a gardener nurturing a new and unknown shoot will keep their eyes out for any hint as to its ultimate nature so as to support it with the right nutrients and care as well as to notice early signs of disease or ill-health.

Note:
[1] Quadrants are a reference to Ken Wilber’s quadrant model matrixing inner and outer, singular and plural. Note: we prioritize the left quadrants not because they are more important per se but because in recent periods such as modernity they have been relatively neglected compared to the right quadrants (“our technological powers outstrip our wisdom to use them”). Furthermore, intellectual knowledge is easier to transmit (mimetically fit) than implicit knowledge. Thus, this imbalance between our inner and outer development may simply reflect the ease of transmission rather than intentional neglect – see  https://lifeitself.us/2017/09/10/four-types-of-problem/  “And [progress on being] requires conscious skilful effort and is not easily replicable – just because I get enlightened does not mean you do. But if I invent a better way to grow corn you can easily copy it.” 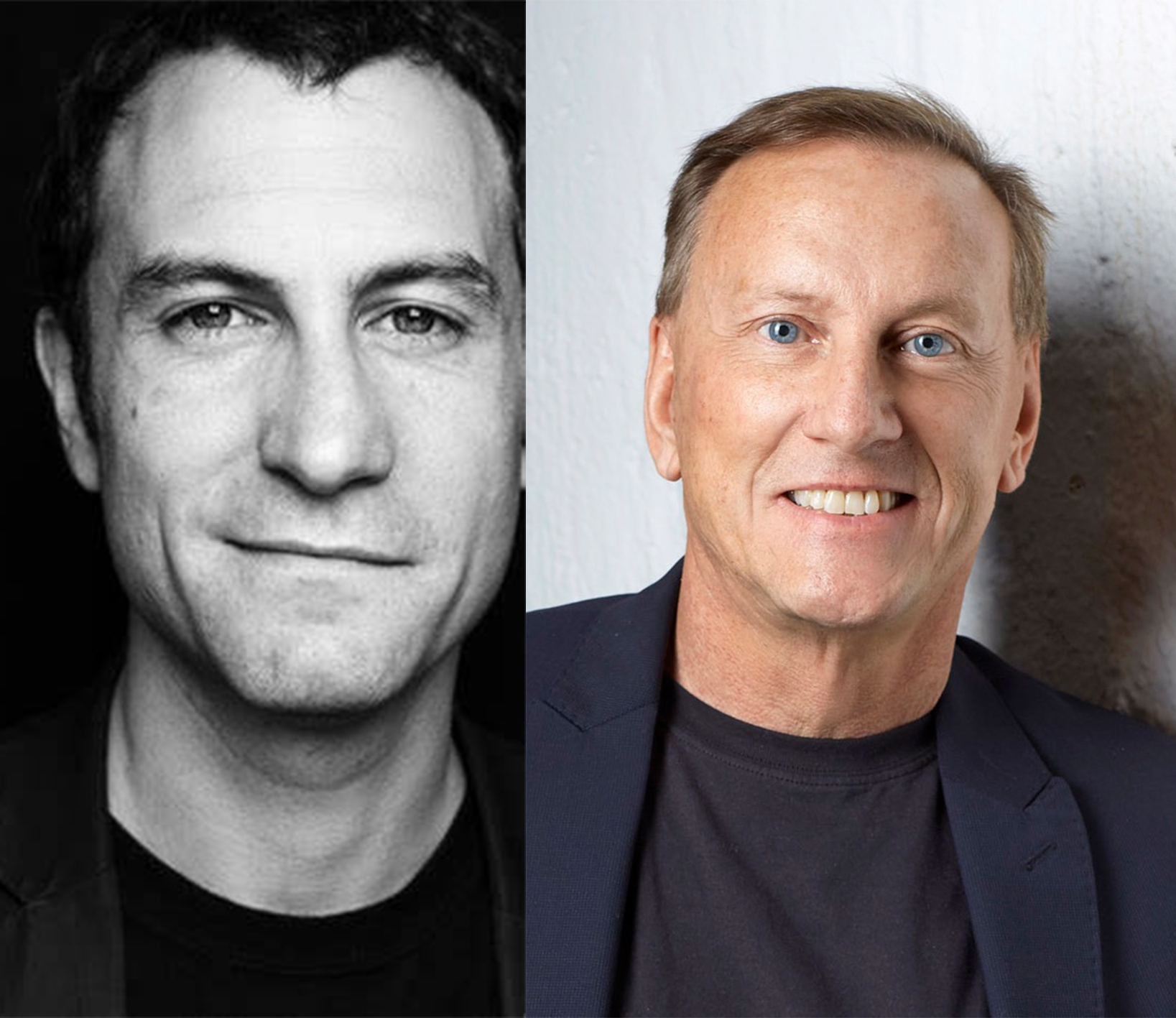 Words by Tomas Björkman and Rufus Pollock
TOMAS BJORKMAN is a social entrepreneur, philosopher and co-initiator of Emerge. RUFUS POLLOCK is co-founder of Life Itself. He as previously founder and President of the Open Knowledge Foundation, a Shuttleworth Fellow, the Mead Fellow in Economics at Cambridge University.