“A Shift in Consciousness is Needed to Decolonise Our Current Systems.”

As a former mayoral candidate for Detroit and founder of The Afrofuture Strategies Institute, Ingrid LaFleur is using the ‘spiritual technology' of Afrofuturism as a lens for systems change which includes and empowers Black people.

Technology
“Not a day goes by that I don’t think about the families in Detroit who are living without water,” explained Ingrid LaFleur when I first heard her speak in March 2018. “Why would you shut off water on people that you know cannot afford the bills?”
As the Social Impact Advisor for Detroit Blockchain Center and former mayoral candidate for a city in one of the richest nations in the world, you might think that people's access to clean drinking water would be far from Ingrid LaFleur’s list of concerns. However, when the former artist and curator moved back to her home city in 2010, that is what she found.
“I was working as a substitute teacher, and there were students from households without running water in almost every class I taught in,” she explains over a video call from Rwanda, where she is currently exploring the potential of blockchain technology and cryptocurrency to enrich local communities. “Once you face that reality I don't know how any person can turn back and carry on with whatever they were doing.”

Afrofuturism is an essential lens for looking at systems change because it empowers Black people to imagine their role in the future.

With her colourful sense of style and passionate way of speaking about social justice, Ingrid is someone who can fill a room with an embodied sense of what change might feel like. As an artist and curator turned social activist, I first came across her work when we were both speakers at IAM Weekend, an annual event in Barcelona exploring the future of the internet. In her talk Ingrid outlined the political relevance of Afrofuturism in Detroit, a city with a population that is 82% Black. As a cultural and artistic movement, she believes that Afrofuturism is an essential lens for looking at systems change because it empowers Black people to imagine their role in the future, even when the current reality is one of systemic discrimination, mass incarceration and state violence.
Having been born and raised in Detroit, moving back to the city was a “life changing” decision for Ingrid. Detroit had been hit very hard by the recession and one third had been totally abandoned. “Entire neighbourhoods had been burned down,” she says. “It took a couple of years of internal shock to get over what had happened.” By the early 2010s the city was starting to attract regeneration and investment, but Ingrid noticed a familiar pattern that had already played out in Chicago and other cities in the US. “What I saw was white people imagining and creating a future for the city that - of course - Black people weren’t a part of,” she says.

First coined in the 90s, Afrofuturism is an artistic movement which explores the developing intersection of the African diaspora with technology. According to Afrofuturist author Ytasha L. Womack, Afrofuturism empowers people to see themselves and their ideas in the future, giving rise to innovators and freethinkers who “can pull from the best of the past while navigating the sea of possibilities to create communities, culture, and a new, balanced world.”

A lot of the damage was policy-driven, but working with young people she also started to realise the impact this was having on their collective consciousness.

Ingrid sees Afrofuturism as a ‘spiritual technology’, because it offers a sense of hope for the future by drawing from pre-colonial African history and mythology. In recent years, coinciding with the Black Lives Matter movement, there has been a surge in Afrofuturism in both the cultural and political space with films like Blank Panther and musicians like Janelle Monae adopting an Afrofuturist aesthetic.
Having already spent a large part of her curatorial career focused on Afrofuturism, Ingrid set about thinking how it could be used as a lens by Black people to stake a claim in the emerging future of their city. She founded AFROTOPIA, an experimental platform using art to explore social and economic development for African Americans. Her first exhibition, called Manifest Destiny, was inspired by the 400 year anniversary of West African captives brought to the Jamestown settlement in Virginia. The exhibition included a billboard artwork that said ‘There Are Black People In The Future.’ However, it wasn’t until she began working with youth at summer camps and as a substitute teacher that she witnessed first-hand the endemic levels of deprivation and poverty.
In Detroit Black children are at a higher risk of infant death than anywhere else in the US, and in the classroom she discovered that her students were sometimes living in households with no water supply. A lot of the damage was policy-driven, but working with young people she also started to realise the impact this was having on their collective consciousness and ability to imagine. “We have children who are literally reiterating the dystopian ideas of adults,” she says. “They are not given a chance to imagine another future, and so they're absorbing and then cultivating all that negative energy.”

Ingrid was aware of the speed at which new technologies were shaping the future and became frustrated at the city's politicians, who presented policies that were just not radical or modern enough to end the cycle of poverty. In 2017 she decided to run for mayor with the aim of taking an bolder, more human-centred stance on the city's future.

During the campaign she hosted weekly co-creation sessions with city residents where she presented her policy ideas and received feedback. As a result of these sessions she proposed strategies including a Universal Basic Income and a new form of cryptocurrency (called D-coin). This Afrofuturist approach to political policy making considered how new technologies could be used to encourage systems change that would benefit Black people. “Our systems - economic, governmental - are all designed to subjugate Black people because they were created during a time when we were seen as property,” she says. “Afrofuturism offers a beautiful, almost entertaining, seductive approach to think about the decolonial process.”
Importantly, she says, Afrofuturism is a movement for creating a fairer and more equitable system for everyone. She tells me a story where she was co-hosting an event and presenting to a room that was majority white men. Her co-host asked “why are you here?” and one man stood up and explained that he had grown up in a very racist household with limiting religious beliefs. “He was trying to find liberation, I think people forget that white people need liberating too,” she says. “White Supremacy does not serve anybody at all, and a shift in consciousness is needed to decolonise our current systems, and decolonise our minds.”

Towards the end of my interview with Ingrid we both receive a news bulletin about the death of author Toni Morrison, one of Ingrid’s heroes and fellow Afrofuturist. The moment seems too significant to continue the conversation, and just before my computer crashes - a moment of technological fallibility - we share a moment of stunned silence.

System-disrupting technologies like Blockchain and cryptocurrency offer possibilities for self-determination.

Ingrid didn’t win her campaign but continues to explore Afrofuturism as an imaginative framework for building new systems of governance. “The fear around the Black body is major, so for white people coming to Detroit it can be very jarring to become the minority," she says. “That’s why I use Afrofuturism to help people to develop new relationships to the Black body.”

Today Ingrid is developing her next project The Afrofuture Strategies Institute, a consultancy and creative think tank. She also volunteers as the Social Impact Advisor for Detroit Blockchain Center, exploring what is emerging at the intersection of new technologies and ongoing movements towards social justice. When it comes to more persistent and urgent problems like lack of access to clean drinking water both in Rwanda and Detroit, system-disrupting technologies like Blockchain and cryptocurrency offer possibilities for self-determination and economic prosperity outside of the current systems.
“What Afrofuturism offers is not just one vision, but a multitude of visions,” she says. “We get to dance and explore, and that flexibility allows us to consider all aspects and have a more loving and respectful approach to our world, and each other.” 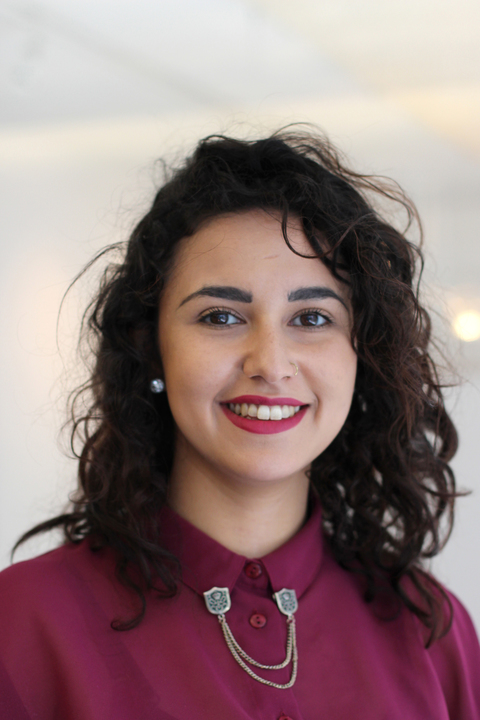 Words by Sabrina Faramarzi
I'm a journalist and trend analyst who is obsessed with uncovering patterns across socio-cultural phenomena and figuring out how we might live in the future. I work freelance both as a trend forecaster helping brands and agencies prepare for the future, and a journalist covering arts, culture and lifestyle trends.
Photos by Jacques Nkinzingabo
Nkinzingabo is a self-taught photographer and visual storyteller specialising in Documentary Photography. Nkinzingabo is one of the first photographers to show a new images of Rwanda through documenting its beauty and resilience. His photography artwork focuses on cultural diversity, Memories, migration, identity and social issues. 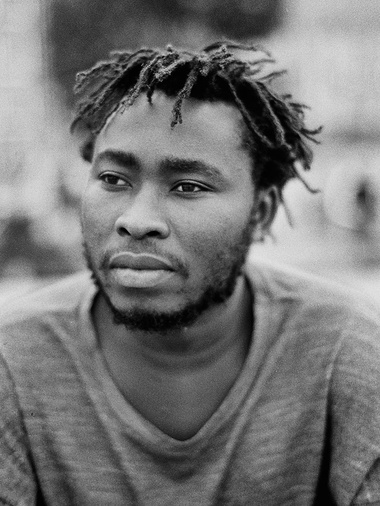