Why It’s Time For Psychology To Go Collective.

Why it’s time to start thinking about political polarisation as a collective psychology and public health issue.

Politics
If we want to fix the outer crises, we have to attend to the inner ones too.


It’s not hard to see all the ways our world is broken. Our climate is sliding out of control. We’re living through a mass extinction event. Our economy rewards the rich while the rest of us get less and less secure. Our politics is becoming steadily more polarised amid a catastrophic loss of trust. Our societies are struggling to overcome and atone for long legacies of racism and discrimination.


We’re looking increasingly broken too. We’re in the thick of an epidemic of depression and anxiety, obesity, and opiate addiction. Suicide and self-harm are spiking, especially among the young. In the UK, mental health problems are the single biggest category of NHS expenditure, and even then 75% of people with mental health problems are receiving no treatment at all. In the US, one in every five people is on antipsychotic medication.


We often think of these as separate trends. But increasingly, it’s starting to look as if they’re actually two sides of the same coin.


That’s the idea at the heart of the Collective Psychology Project, an exploration into the places where our inner and outer worlds collide, which starts from the sense that the world is broken because we’re broken, and vice versa – and hence that our ability to heal the world depends on our ability to heal ourselves and each other at the same time.

The world is broken because we’re broken, and vice versa.

We used to think depression and anxiety were just about brain chemistry, for example. Now, though, we’re increasingly realising that they have deep roots in how we live. As Johann Hari puts it,

We used to think depression and anxiety were just about brain chemistry. Now, we’re increasingly realising that they have deep roots in how we live.

Meanwhile, Cambridge Analytica has given us a masterclass in the fact that democracy can only work if enough of us can stay untriggered, feel empathy for each other, and share a sense of common identity and purpose. If we can’t, then the technology is ready and waiting for anyone who wants to weaponise psychology to push enough voters to see the world in them-and-us terms to tip an election outcome.


Right now, in other words, we’re in a positive feedback loop in which internal and external crises reinforce and amplify each other. And if we want to reverse that dynamic, then the starting point is to recognise that healing the world means healing ourselves and each other, and that doing the necessary inner work is essential if we want to transform the world around us.
What would success look like? Three outcomes, in ascending order of ambition and difficulty, stand out.


·        First, untrigger politics. Our politics today is ‘triggered’: it comes from a place of chronic anxiety, hyper-vigilance, and threat perception that ripples endlessly through our digital collective central nervous system. We need to learn to un-trigger, take the heat and hate out of politics – and instead conduct our politics from mindsets rooted in individual and collective resilience.

What we’re talking about here isn’t just a set of near term, tactical aims. Instead, they’re better seen as the next step in our evolution.

·        Second, deepen empathy. At the next level up, we need to feel empathy with each other and understand not just others’ points of view on issues but also their values, worldviews, and stories. This is much harder than un-triggering: it demands not only the ability to listen deeply, but also a willingness to be changed by what we hear.
·        And third, create common identity and purpose. Most ambitiously, overcoming issues on the scale of climate change or inequality points to the need to deepen our sense of collective identity and purpose, and identify with a ‘larger us’ – ultimately one that includes all 7 billion of us, plus other species and future generations.
Figuring out how we do this, together, in time, is the fight of our lives. We’ve developed extraordinary new connection technologies, but are finding that they’re dividing us instead of bringing us together. We’ve lost our old stories and rituals, but we haven’t found new ones to put in their place. And with crisis trends like climate breakdown looming ever larger, the clock is really ticking at this point.
What we’re talking about here isn’t just a set of near term, tactical aims. Instead, they’re better seen as the next step in our evolution. The whole story arc of human history has been about cooperation and identification with ever larger collectives and levels of complexity: from Neolithic survival bands to villages and chiefdoms, from city states to kingdoms, from nation states to global diasporas and the first photo of Earth from space.

We’ve lost our old stories and rituals, but we haven’t found new ones to put in their place.

Right now, we’re teetering between breakdown and breakthrough. A breakdown scenario would see us fragment into multiple smaller groupings of ‘us’ – as leaders like Donald Trump,  Nigel Farage, Marine Le Pen or Matteo Salvini hope – with catastrophic results given the current extent of global interdependence and the scale of the challenges we face.


Breakthrough, on the other hand, would see us jump to a much higher level of coherence, which we almost certainly need in order to manage planetary level problems like climate breakdown, uncontrolled migration, or extreme inequality.
(Not that achieving this level of coherence implies that we all have to become the same, of course! On the contrary, the goal is a marriage of unity and diversity that’s more than the sum of its parts, and through which new emergent properties are created – just as human organs all have different functions but nonetheless cohere into a complex system that has the emergent property of consciousness.)
The most important variables that will tip the balance between the breakdown and breakthrough scenarios are psychological. How we see ourselves and each other; whether we’re able to manage our emotional and mental states at a time of major turbulence; the stories we reach for to understand what’s happening at this moment in history.


Psychology and self-help have some of the answers, but only if they can break out of being concerned with individuals alone and instead help all of us to heal, with no one left behind. It’s time for psychology to get collective. 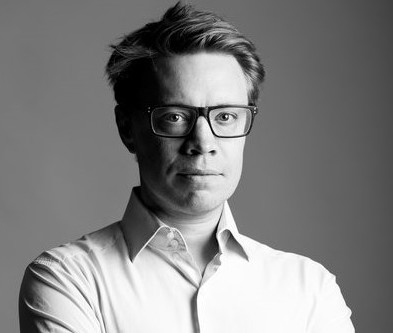 Words by Alex Evans
Alex Evans is the founder of the Collective Psychology Project and author of The Myth Gap, a book about the power of deep stories to overcome political polarisation and unlock systemic social and political change.