Towards an Enlivenment Theory of Change

How we can learn to see the economy, education, and other social institutions as complex adaptive systems that can be (re-)oriented for making us and our communities feel more alive, creative, and flourishing.

A different theory of change

All masterplans failed me. Fortunately, and unavoidably. When I was a pre-teen, my mom’s master plan for me was that I should become a doctor or a lawyer. When I was a teenager, my masterplan for the world was summed up by the chorus of my favorite song of those years, “The Internationale unites the human race.”

Those stories remind me of the old Yiddish saying, “We plan, God laughs.” The fate of typical theories of change is not any luckier. They tend to start with the long-term outcome that the planners envision, then they work backward to figure out how it will be accomplished. Linear theories of change can’t model how things really happen; rather, they model how we believe things will happen.

The point of departure for the Enlivenment Theory of Change is the observation of how the enlivenment approach to personal and collective change already manifests, with increasing frequency, in various contexts in all corners of the earth. That observation is oriented to praxis, defined as the dynamic co-evolution of theory and practice, guided by the primacy of practice over theory. This is also a term that we use with extended meaning in the context of the educational credo of Campus Co-Evolve.

Classic “theory of change” models, with their beginning and end states, are inadequate when change is continuous and about liberating the life-affirming flows held hostage by outdated socio-economic and cognitive structures. For that, we need a change theory that can account for the complexity of the interdependence in the fractal-like, embedded levels of change and can apply feedback loops linking them. It will also have to support mutual learning across those levels and strengthen the capabilities needed to facilitate enlivenment at all scales.

Presently, that theory exists only in embryonic form, waiting for the practice of enlivenment in the “movement ecosystems” (see the last section) to catch up with it and guide its development. If you feel inspired to contribute to it, I hope I will hear from you.

“Enlivenment, the pulsation of heart, the warm inhale of breath, the exquisite sensation of touch, the extended embrace of hearing, and the keen perception of sight… An enchanted sensuality of living,” wrote Dave Pendle, a colleague of ours at Campus Co-Evolve, in the chat window during a video conference, where we started exploring the Enlivenment Theory of Change. His revelatory or poetic truth orients our felt sense of enlivenment and, of course, it is not a definition. But how could any definition be possible if we consider the etymology (Latin definire = “setting bounds to”)? How could we set bounds to a phenomenon the very nature of which is flowing?

Aliveness, this attribute of all living organisms and collective entities, is never a constant, unchanging factor; we can always experience more or less of it. Enlivenment is the natural process that occurs when we let more energy, information, and inspiration flow through us, from Me to We to All of Us. The more I/we support that flow by cleaning, deepening, and widening the channels, the more it enlivens me/us.

The channels are different in ourselves, our relationships, our social institutions, and society as a whole. We will talk about them in the subsequent installments of this series, dealing with enlivenment at those different scales. What is common in enlivenment at those different scales is that it is enriching life, creating more freedom and new possibilities. Not only freedom from but also freedom for, which is a difference that I talked about here.

“If we can grasp enlivenment as a vision, we can begin to train ourselves to see differently and approach political struggles and policy with a new perspective,” says Andreas Weber, a German philosopher and biologist, author of Enlivenment: Towards a Fundamental Shift in the Concepts of Nature, Culture, and Politics.

That new perspective is at the heart of our Enlivenment Theory of Change. It means, for example, that seen through the enlivenment lens, the economy, education, and other social institutions are complex adaptive systems that can be (re-)oriented for making us and our communities feel more alive, creative, and flourishing.

The origins of our emerging theory of change

I still feel in my body the exhilarating energy of the gathering of 75 evolutionaries from all over the world on the beautiful Whidbey Island, near Seattle. It was 15 years ago but it’s just as if it happened yesterday.

Responding to the 2nd Evolutionary Salon’s call of “Catalyzing Collective Intelligence and Social Creativity,” we spent 5 days together bringing stories and questions from the edges of our respective practices and cooking up new initiatives.

The joy of meeting old friends and making new ones was intensified by the evolutionary epiphanies arising from them.

One of my highlights was getting acquainted with Tom Atlee’s visual integration that emerged from many conversations in the 1st Evolutionary Salon, which triggered a watershed moment in my thinking about social transformation.

As Tom explained it later, “The big blue circle represents the society as it is. The other major circle (in the upper left corner of the big one) represents “the movement.” The movement is here understood not as a traditional activist movement with demonstrators marching in the streets, but as the motions of the social body as it moves to wake up. The thinner blue rings spreading out from the Movement circle represent the expansion of the movement’s work and worldview into society. Yellow arrows pointing outward from the Movement circle into the society represent the “social creativity” practiced by the movement and evoked by the movement in the larger society.”
I love the liveliness of this image, which inspired my current understanding of the dynamics of social change. Even a decade and a half later, I use different labels to describe it. That dynamics can be described by a sense of the tipping point when the movements and their Transformative Communities of Practice will have grown into systems of influence and become the new mainstream.

Regarding the labels used in this diagram, I’d replace the term “increasingly conscious social systems” with “more enlivened social systems” to emphasize the direct connection of social life with all of Life. In his notes on the draft of this essay, Tom Atlee remind me that it’s OK to reframe the first term with the second but “The term ‘conscious’” in my original framing was intended to embrace primarily the dynamics of collective/systemic awareness and intelligence (in the sense of capacity to respond in appropriate ways to challenge and change) more than vitality, freedom, eros, etc., readily connoted by the latter (as in Dave Pendle’s evocative description).”

I see collective intelligence and collective care, which Tom wrote about in What makes a social system conscious? as only two of the ecosystem flows that enliven what they are flowing through, albeit probably the most important ones. Along with the subject of “measuring ecosystem flows” (David Kish), the systemic consciousness/enlivenment dynamics is an essential area of further research.

A more significant development in my perspective came from realizing the central role of one particular form of social creativity (the yellow lines extending from the Movement), namely the creative regeneration of the institutions in all social fields, for better alignment with the requirements for the flourishing of all.

Re-publishing the diagram above, I hope it will spark new reflections and inquiries. For example, what the emergent collective intelligence of the Movement needs is not one thought center. It’s more like that the ecosystems of transformative movements (in plural) need many sensing and meaning-making organs and associated processes. If so, how will those organs be developed and co-evolve for supporting the collective intelligence and wisdom of those ecosystems? The nurturing of what individual and collective capabilities will make that possible?

Those are questions that cannot be answered by theorizing about them. To address them, Future HOW, the Center of Action Research for Evolutionary Emergence, affiliated with Campus Co-Evolve, is engaged in Generative Action Research (GAR). (I describe the qualities of that type of action research in the corresponding section of this essay.) The first instance of that GAR is the Enliven Social Ecosystems​​ gathering on 12-Sept-2021.

The fractal of enlivening change

Why would each of the transformative movements (e.g. agroecology, commons, reinventing organizations, healing the sick healthcare, bildung or education for the whole person, platform cooperativism, banking on values, etc.), and their ecosystem as a whole, need to develop sensing and meaning-making organs?

Because today, when the old systems are no more adequate to the challenges of our times, and the new ones have not yet formed, we’re on the cusp of evolutionary emergence. In the gap between the “no more” and “not yet,” transformative movements and projects are appearing massively, in all areas of social life. However, at this stage, those ecosystems are largely fragmented and that fragmentation is blocking the channels where insights, inspiration and practices worth replicating could flow.

Enlivening the movement ecosystems is interdependent with all the other scales of enlivenment pictured below. Note that all those categories are only indicative of the territory which is much more fine-grained than that. For example, Relationships range from family and friends to local communities and impact groups. Systems can include both the various social institutions, and the movements aiming at regenerating them.
Enlivenment is not a project with a beginning and an end. It is the basic pattern that characterizes the unfolding fractal of life at any scale.

It is a repeatable pathway that informs my relationship with myself and increases my head-heart-hands coherence, which in turn, enables me to contribute to the enlivenment and coherence of my relationships.

Before developing the same qualities in impact groups and Transformative Communities of Practice, it’s unlikely that those groups will have a lasting, positive influence on the social system. Similarly, it will take the enlivened and truly prefigurative social movements to usher in a future worth working for.

You can register for the Enliven Social Ecosystems: Connecting the Dots for System Change free (virtual) event on Sept 12. The registration deadline is Sept 8. 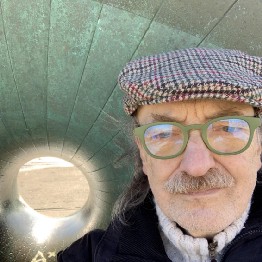