The Politics Of Waking Up 11: Scaffolding, Skeletons and Fractals

Our political systems are slowly self-destructing in the face of huge global problems. Quality of relationships between communities is the key to creating new and better systems.

Politics
In this series for Emerge, Indra will be exploring what is emerging in politics at this crucial moment in human history. This is part eleven. Read the rest of the series here.

Tweet on Jan 4th 2020: @bestofbritish Jan 1 - HNY everyone. All going well so far : ) Jan 2 - Australia is on fire. Jan 3 - WW3 just broke out
****
We love our community. Small but kind of perfect. Don’t get me wrong - we have our ups and downs. But we’ve worked out a way to talk things through. One of the things we all decided long ago was to stop reading the news – it was messing too much with our minds. Between the 1500 of us, we’ve got enough news of our own, believe me! Occasionally my sister comes to visit from Brum. She’s full of this drama and that – violence and destruction, all doom and gloom. As much as I love her, it’s a relief when she’s gone. Her world is so… negative.


In the last chapter I talked about the mind-shift that allows us not only to grasp globalisation and how it happens, but also to think about our own agency.

How thinking about the conceptual distinctions between the terms Globe, Planet and World activates different thoughts and mechanisms for change.
When there is an environmental crisis, what kind of actions can we take that make a tangible difference? Whereas once we felt powerless, today the possibilities for some sort of response are many, even if they continue to be framed and constrained by personal and social capacities as described in articles 4 and 5.

Even those who have a strong personal ethos are routinely challenged by the scale of our global problems.

Our individual agency depends upon how we look at it and feel it to be true. What we believe is possible is tested by our investment in those possibilities. And that belief is sustained by our experience of the outcomes.
On the one hand that seems banal: in our personal lives we test ourselves continually. If I work hard what kind of results do I get? How does that compare to how much I pray, or organise, or be more relaxed about my outcomes? Even within formal belief systems, each of us has our personal ‘belief system’, our core convictions, that keeps us going through each day. We also have gaps that need to be filled, causing us anxiety and conflict with those close to us.
Yet even those who have a strong personal ethos are routinely challenged by the scale of our global problems – hunger, environmental breakdown, organised crime. In the past 25 years I have taken part in world-wide Buddhist communities, NGO communities built on care and conflict resolution, arts movements and political parties. Each has been effective in its own way. Yet we are now at a serious impasse – the rapidly shrinking climate window – as a result of our collective failure to change our actions, and stop our self-destruction.
Has anything changed in that quarter-century? Maybe very little, in terms of our tools and practices. Acts of care and compassion have never lost their efficacy. However, we remain locked into poor systems of distribution of resources.
However, what has changed is our ability to communicate better with each other and unlock our collective imagination. The 20th century public space was controlled by a small group of power elites able to harness the skill and capacities of citizens and workers, to build the industrial and post-industrial power bloc that is largely responsible for how we live today. The 21st century public space is a battleground for control on quite different terms.
Since the birth of the world wide web, the framework of industrial modernity has been called into question, as populations wake up to the bigger picture of the produce-to-consume lifestyle they’ve taken for granted.

We have a last-century political system that is slowly self-destructing in the face of its historic and manifest failures.

Developed nations have become inescapably aware of how their habits have had dire consequences for the rest of the world. Across the globe, citizens of different nations have begun to see their own culture as only a part of a multi-cultural landscape of cultures. Surprising commonalities across these differences have also appeared – enough for hugely diverse, but commonly-purposed movements of people to arise. Some have been united by one taste in music, fashion or even games (eg Pokemon Go).
At the same time as these benign gatherings have occurred, more aggressive mobilisations for power have gained international momentum. Consider Isis, neo-fascists of all kids, suicide cults. Consider also exploitative porn, gambling and other addictive means of taking money from vulnerable people.
And faltering before our eyes, we have a last-century political system that is slowly self-destructing in the face of its historic and manifest failures. After almost 70 years of a free market system of economy and governance that has instrumentalised people and planet for constant growth, there are uprisings on a near-weekly basis. The peoples of this planet are learning how to protest not just against inequality, but against the very destruction of the biosphere that makes any economics possible at all.
Ever stronger attempts to keep us on the path of business-as-usual are manifesting in overtly manipulative campaigns of mind-control by major political parties, in US, Brazil, Australia, Ukraine, UK – with the perpetrators sharing their tools. And while there is no sign yet of a proper challenge to their power, the search for alternatives is taking shape everywhere. There are new-style political parties in Hong Kong and Taiwan, across Europe and the US, too many to enumerate here.
So while, in real time, not much has changed in the daily lives of most of us, facing a planet that continues to burn, the scaffolding of a new way to act globally is beginning to appear. In this I would include popular virtual platforms that bring people together in novel, attractive ways. Even in their leisure practices – including festivals, games, movie channels, interest groups – people are interacting, sharing energies of all kinds.
But even in our political lives, these new platforms enable petition sites, movement hubs, learning spaces – new ways of building personal and collective agency. Social media connects all of these, forging the wisdom of the crowd - though not yet in an integrated way. It’s more like many short tributaries of logic and meaning leading to a sea of possibilities.

If there is little or no inter-personal trust, the ability for the group to grow and proliferate is minimal.

Scaffolding implies a building, or a set of global institutions, to come: but this structure appear under wraps, still emerging and disclosing itself. Will it be a reformed United Nations or something more like the intergalactic governance board seen in Star Trek? No one has made a convincing proposal yet.
What is coming into being however, is something more like the skeleton of a global body of actors. People acting locally, forming town level groups or city level governing bodies – often independently of government or in a flexible partnership. At the city level these are fast becoming global networks of municipalities – for example Fearless Cities – that are aligning on policy and sharing resources.
Organisations like SIMPOL - interested in globally “simultaneous policy-making” - are working hard to connect their work to individual MPs who might shape government policy at national level. At the community level we could point at Transition Towns or the Commoning movement. Feeding into these, and bringing tech solutions and new tools for citizen participation, are groups like Flatpack Democracy, Citizen Action Networks, XR’s Future Democracy Hub.
Key to all of these new ‘constitutes’ (or temporary governance structures) is the quality of the relationships between the people involved. If there is little or no inter-personal trust, the ability for the group to grow and proliferate is minimal, held back by internally competing forces. That could mean the overbearing egos of leaders that stifle the creativity of others. Or it could imply tensions between cultures that were never given the chance to understand and appreciate each other.
For that reason, probably the most important element of this vision of a more successful global, planetary or worldly connectedness are what we could call the “fractals” - meaning the pattern of relationships at the heart of any complex system, which can act as a prototype for others to reflect or imitate.
In the last chapter, I made distinctions about the different terms globe, planet and world to describe the same entity. The first relating principally to a geographical map, the second to a material natural phenomenon and the third to the subjective experience of our environment.
The best level at which to observe, and encourage, this fractal behaviour is in community institutions. These can develop in the fully relational ways required to make a human fractal powerful and influential. The patterns generated at a community level can inspire copying – both in other communities, but also at larger (regional or national) levels. In turn, these levels can begin to influence global governance. The macrocosm can mirror the microcosm – addressing the healthy turbulence in the system.

Although we may still we far from it, we should seek to find a pattern of relationships with the earth, Nature and all sentient life.

When we are talking about the planet – a different term for the same essential entity – fractal behaviours are triggering energy, nutrition and health sub-systems, interconnecting with each other from the home to the city, or regionally, nationally and internationally. Although we may still we far from it, we should seek to find a pattern of relationships with the earth, Nature and all sentient life echoing throughout these systems that help us establish principles we can aspire to. For example, the importance of bio-diversity to promote healthy growth is still not commonly understood. We still rely on chemical interventions, designed to fix discreet problems, not considering how that disrupts the complex systems in place.
When we talk about the world, we refer more to new patterns of human to human connection. These can give rise to networks of social trust capable of solving our problems of psycho-social health, crime and exclusion. This depends much more on the internal lives of humans being much better understood and self-developed, to give rise to more autonomy, capacity for collaboration and therefore agency.
This is what would help any human being act more confidently when invited by the media to consider events happening physically far away, but impacting upon us wherever we live. That personal sense of ‘losing control’ when faced with circumstances we cannot affect, can be managed with the right tools and practices.
None of these ‘ideas’ of what Buddhism calls the third realm (alongside the personal and immediate community realms) can work independently of the others if we want to properly rise to the multiple crises we face. It’s understanding that these are not simply a technocratic problems to be solved by government. But challenges for the culture and the collective will.
Each one of us can play an active part by doing our own work of waking up, becoming response-able and moving into action. 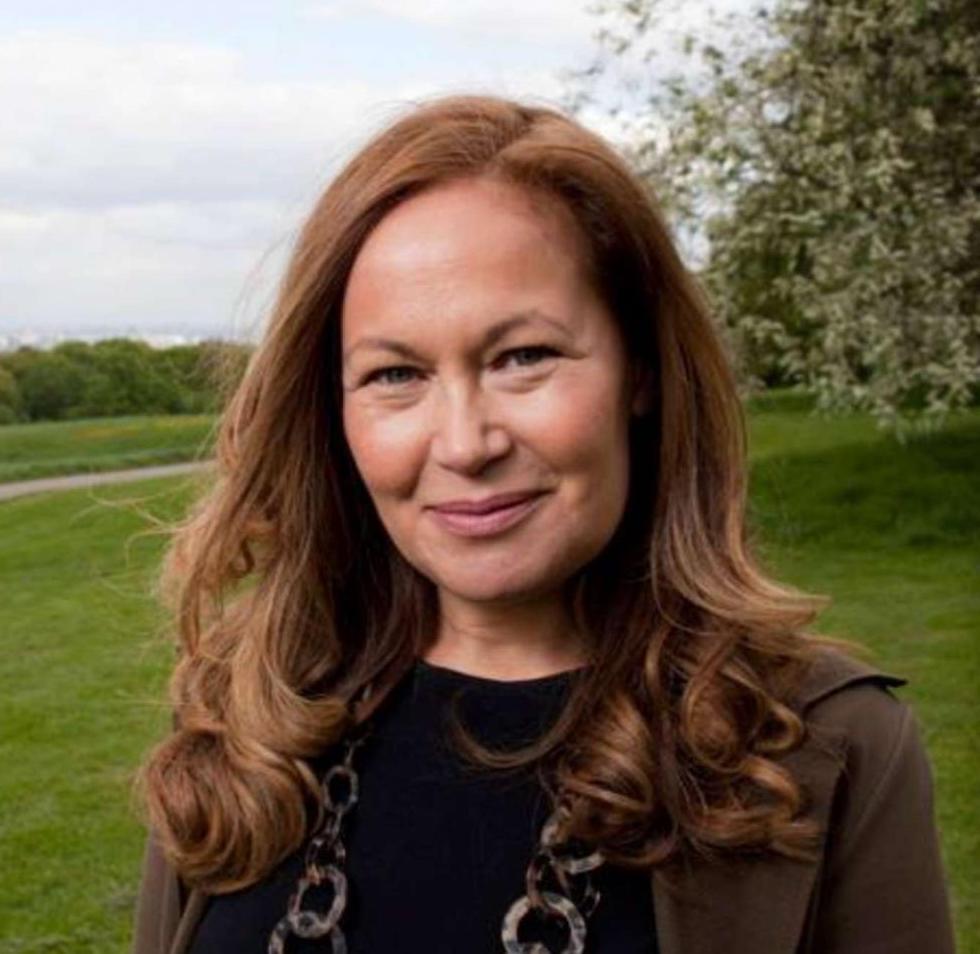