What Our Politics Needs Now: Anti-Debates

In the US and elsewhere, political debate has become a spectacle. We need a debate model based on the ability to respond to evidence. But what would this look like?

Politics
Canned responses. Sloganeering. Soundbite engineering. The Democratic debates have been a painful combination of the stiff and the optimised.

When Andrew Yang tweeted “…this format is not a natural one for me at all. Requires very specific behaviors that feel very forced,” after the July debates, he captured something many in the audience were feeling: debates are broken. What currently passes as a debate has no relation to what we imagine they should be, and what’s worse, we all know it. The emperor has no clothes. People watch the spectacle for entertainment alone. Yet more and more people are wondering: Is there a better way?
The nominal purpose of political debates is to inform the public as to the strength of candidates by having them defend their policies and proposals. Instead, debaters attempt to create a spectacle for the audience. This is what philosophers Scott Aikin and Robert Talisse call the dialectical fallacy: Participants gesture to each other that they are interested in convincing each other, but their real aim is to signal, score points, and win with their tribe. Modern debate is not about getting to the truth, nor is it about demonstrating superior arguments, it is about reinforcing the moral and intellectual superiority of one’s tribe. This not only requires willfully misunderstanding the position of opponents, but also the emphasis of minute differences, and the denigration of the identity of anyone who would hold their opponent’s views.

For real intellectual discussion, people have fled to podcasts and videos, contributing to their explosion in popularity.

Debate as it currently exists does not benefit candidates with better plans, nor does it properly inform the public. It only benefits the news network and the most rhetoric-savvy politicians. The end result? Viewers are embittered. For real intellectual discussion, people have fled to podcasts and videos, contributing to their explosion in popularity. Joe Rogan has 5 million subscribers on YouTube, who have contributed to millions of views for his interviews with Yang, Tulsi Gabbard, and Bernie Sanders. Longform debates of controversial and nuanced topics bring in rapt audiences, like Vice’s 38 minute Black Conservatives Debate Black Liberals on American Politics video which has 2.8 million views. Longform discussions have made a comeback in a way that discredits jokes about the attention span of millennials. Viewers increasingly reveal they want in-depth exposition of complex ideas just as much as they want clips and Instagram stories.

It might be time for us to sideline adversarial debate for a time. More In Common’s recent Hidden Tribes report showed that right and left extremists drown out the 75% of Americans who believe that common ground can be found. Alongside other experiments in debate (such as Letter*, Adversarial Collaborations, and Ideological Turing Tests), anti-debates are a potential avenue for finding such common ground. William MacAskill, one of the founders of the Effective Altruism movement, says in his original proposal, “The aim [of debates] is to defend a particular point of view, rather than to figure out what the truth is. It’s combative rather than collaborative, and rhetoric tends to take precedence over evidence and logic.” MacAskill goes on to propose “anti-debates” as an alternative. In an anti-debate, participants state their views at the outset, and are scored throughout the anti-debate on “breadth of argument…understanding of the opposite point of view…appropriate degree of belief…willingness to change your mind.” This method exposes points of contact between participants that are buried in normal debate.

Anti-debates would require a new mindset, one in which the participant is prepared to publicly enter into a collaborative space.

What would an anti-debate look like in practice? Alongside MacAskill’s proposed judging criteria, a few key ingredients come to mind:

A pre-debate commitment to readiness to change opinion. All participants would have to verbally articulate a commitment to a good faith debate.

A demonstration of understanding the other side’s argument before providing disagreements. There should be a clear and agreed-upon “sign-off” mechanism, e.g. some acknowledgement that the speaker’s argument has been understood.

A no-interruption rule. All participants have a chance to articulate their positions and disagreements without verbal intrusion.

A debate design that rewards points for reevaluation and admissions of uncertainty.

A design where ‘victory' is collaborative: Participants win or lose together if they shift their opinions toward or away from each other.

What are the benefits of anti-debates? Participants are given the opportunity to demonstrate the full extent of their knowledge, intellectual humility, and the maturity to admit when they are wrong in a way that does not lose face. Viewers are given the opportunity to see the nuance and complexity of an issue. They are afforded glimpses of the humanity and vulnerability of their future representatives, and they are given the chance to evaluate the character of candidates pushed to the edge of their thinking.

Most importantly, citizens would benefit, as anti-debates would select for candidates that prioritise truth over soundbites. Anti-debates would require a new mindset, one in which the participant is prepared to publicly enter into a collaborative space. Candidates who can reside in uncertainty and admit to not knowing all the answers would shine. Those who show talent at anti-debating will be the candidates we begin to trust. And in our age of massive complexity filled with ‘unknown unknowns,' these are exactly the leaders we need most.

Candidates who don’t participate in anti-debates are more interested in winning than in determining what’s good for their country.

It could be argued that Democratic candidates who have to highlight the insufficiencies of the other candidates in order to distinguish themselves would see collaborative debate as suicidal — but would it be? Wouldn’t the ability to collaborate, to respond to evidence, and to reach decisions through dealmaking and diplomacy be the ultimate contrast to ideological and adversarial opponents? This could be the solution to Yang’s distaste for the Democratic debate format. Yang’s self-depiction as evidence-based and policy-focused makes him the perfect candidate for anti-debates. Much of his popularity can be attributed to his ability to take seriously the arguments and grievances of his ideological opponents.

How could outsiders use anti-debates? Candidates like Yang, Tulsi Gabbard, or Marianne Williamson (or Elizabeth May, Jagmeet Singh, and Maxime Bernier in Canada) could be employing them alongside the official primary debates to highlight how they are not far off from their mainstream counterparts, but in their few differences they more properly achieve their opponents’ goals. They would be able to argue that candidates who don’t participate in anti-debates are more interested in winning than in determining what’s good for their country.

Advisors will argue that it would be foolish for a mainstream candidate to say yes to an anti-debate and risk losing face — but the more popular they become, the more foolish it will be for mainstream candidates to say no.
Imagine If…
Imagine an anti-debate between Andrew Yang and Elizabeth Warren. Yang explains his UBI proposal and why he favours it. Warren asks questions to flesh out the idea. Does it X? Will it Y? The judges reward two points to Warren for two questions for understanding, and remove one for a question for attack. After these are answered, she asks if there’s anything she isn’t understanding about UBI. Yang signs off. They now do the same in reverse, for Warren’s objections. Warren signs off on Yang understanding her disagreements, points are assigned, and they are ready for the next stage.
They now work through the objections together. Yang admits to some difficulty with two of Warren’s charges, but thinks they’re solvable. They attempt together to solve the first one. They reach a more nuanced agreement together, and are awarded a point. Yang slides out of attempting to solve the second one, and says he’ll agree to disagree. Yang loses a point.
After a series of these, the judges tally points. Both candidates reach a threshold of points, and the anti-debate is declared “won.” Warren, however, has more points, and is declared MVP. More informed, proud of candidates who challenged but learned from evidence, who among us has lost?

* The authors are currently ambassadors for Letter’s Impossible Conversations contest. 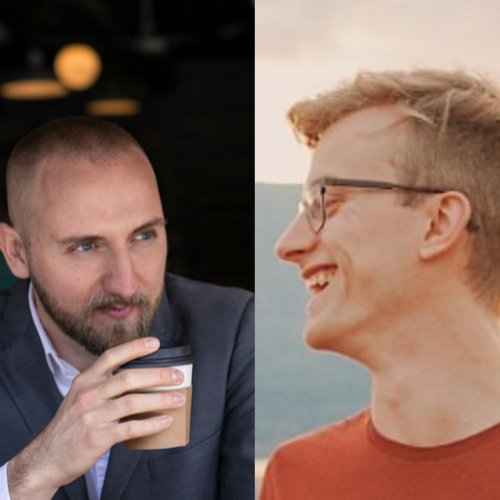