Obedience As Laughter: From the Great Dictator to the Great Spectator

The next murderous regime will not be based on fear-mongering but on comedy. In the echoing laughter of the crowd we will find the next genocide. Un­wanted popul­a­tions violently exterminated, and the crowd laughing.

Philosophy
In today’s media-saturated society, jesters are indeed becoming kings. This is an aspect inherent to the postmodern condition, where the global village is imprinted upon us through a deluge of images from near and far, from across time and space—always told with someone’s perspective, some­one’s story, someone’s spin. The jesters, the tricksters, are the ones most proficient at catching people’s attention, and then quickly shift­ing bet­ween frames of understanding, between contexts.


That’s how comedy works: some frame or circumstance is suddenly shifted in communica­tion, and—whack!—things get funny. The simplest example is a pun or play-on-words: “Did you hear about the guy whose whole left side was cut off? He’s all right now.” The linguistics shift the meaning for us, creating a double meaning that catapults us, in this case, from the reassu­ring to the gruesome. A frame is shifted.


Add a refined sense of pacing, timing, rhythm—and nobody can stop the laughter from breaking out, like clear water from a foun­tainhead.


Postmodern culture, the culture of perspective and surface, is a lot about mastering such framings of situations. One person can be framed as a hero, a president, a crook, a buffoon. Those who can most skillfully craft frames and shift between them with sleights-of-hand, in and across many different media, are also likely to become the most powerful.


The late-night shows, the television hosts, the comedians—their power is growing. Jesters are becoming kings. The youth are getting their news filtered through comedy and entertainment. The jesters grab the attention of everyone, shaping and directing it—making us laugh together.


A large crowd laughing, united under one will. Oh, that’s so funny. That’s so edgy. They’re so smart, so admirable. Comedy is so liberating.


And then there is a subtle slide… If we all laughed along, then that must mean we all at least somewhat agreed, that what was said was at least partly true. And whoever was laughed at must have been, at least in part, at fault. We slide into assuming that the power to make us laugh is also the power to tell us the truth—or to suspend another truth, another story, another felt experience.


When we laugh we don’t only break taboos, relieve tensions and forge bonds. The laughter of the crowd also disciplines people into silence, and obedience—if anyone gets mad and says it isn’t funny, they just appear to be poor sportsmen with sticks up their asses. It stratifies us: the joker on top and the butt of the joke at the bottom. It unifies us, yes, but into “us and them”, with a rather clear who’s who.


Can you see it? The laughter of the crowd is a source of massive hidd­en obedience and submission to one will. Can you think of any other mom­ents when you can get hundreds, thousands, millions of people to sus­pend normal morality and to fall in line around the same point? Is there any better way effectively to steer a crowd?


The fascists of a hundred years ago hijacked the tech­niques of travel­ing socialist agitators. The latter knew how to convey sincere criticism of socie­ty, how to fire up a crowd, how to point out glaring injustices. The fasc­ists caught on. Yet in today’s world, where educated and comfortable pop­u­l­ations are suspicious of such fiery speeches, of fanaticism and lack of iro­ny, the correspon­ding effect is achieved through jokes. Do you imagine that the fascists today might be paying attention and catching on?


It’s already happening. If you take a look at online movements of the far Right, such as the Alt-Right and the “meta-right”, these are packed with trans­gressive jokes and irony—often to the level of extreme absurdity so that it is no longer distinguishable what is a joke, what is “post-truth” and what is sin­cere and what is not. The far Right jokes more than anyone else. They joke and joke and make memes until reality itself becomes transmogorified into a dream state where nothing is real and nothing needs to be taken seriously. If we have already joked a million times about being Nazis and killing Jews, and waging war, and about a conspiracy that undermines our civilization, and about our own mega­lomania… then when the images of real crimes crop up, we keep jok­ing, keep laughing.

“Relax, it’s just a joke. Don’t you get it, huh? All the smart people do. You’re one of the smart people, aren’t you? You’re not one of those with a stick up your ass who can’t even take watching children and animals being slit up alive—are you? I’m one of the crazy ones, the ones who know the subtle art of not giving a fuck. To me, there is nothing you can’t laugh about. Only people who are against free­dom would like to set taboos for what you may or may not joke and laugh about.”


During the Second World War, Charlie Chaplin famously made a par­ody of Hitler in his 1940 film The Great Dictator. Chaplin used comedy to demask and demystify the power and allure of dictatorship and totalitar­ianism. And of course, this postmodern move, one of irony and parody, proved to be the hallmark of a superior society; one that ultima­tely beat the complete lack of self-distance that marked the fascists. When one side screams and rages on, and the other changes the frame and makes us all laugh—of course the latter is going to win. Of course the latter is going to be allied with a superior information processing system, which ultimately wins the war.


But now, nearing a century after the first emergence of fascism, the forces that want violence and bloodshed have learned a thing or two. This time, they won’t try to be Hitler—they’ll try to be Charlie Chaplin. The next dictator, the one who seduces crowds and leads the masses into trans­gressing common decency and morality, supporting nihilism in its destructive form and an abandonment of all empathy—will be a com­edian. Today, only comedians can claim the absolute and amoral obedi­ence of the crowd. Guess who also likes the absolute and amoral obedience of the crowd? The totalitarian dictator.


Michael Billig, a professor of social science, published a book in 2005 titled Laughter and Ridicule: Toward a Social Critique of Hu­mour. Boring­ly written as it is, this book seems almost prophetic: Billig was amongst the first to see that with laughter comes ridicule, and thus a reaffir­mation of power relations; sometimes liberating, but all too often discipli­ning and oppressive. Laughter often says: Shut the fuck up and obey.


Today’s inquisition, today’s Thought Police, thrives on the power of laughter. The most (pathologically) power hungry amongst us will be­come masters of mean and crafty jokes. And they will get away with it. And they will rule. And you will obey them with the rest of the mob.


What, then, beats laugher and ridicule? We may turn again to the early writings of Nietzsche. In his 1872 work, The Birth of Tragedy, he argues that tragedy is a higher and more refined art form than the “Apollonian” search for perfection in sculpture and the “Dionysian” rapture and self-expression in the moment-to-moment flows of music. And indeed, in literature and theatre, comedy has never been able to become as highly esteemed as tragedy.


Tragedy is thus an expression of a higher synthesis; it resonates with more profound and vulnerable layers of the human soul. And tragedy is best expressed through poetry in its many different forms, poetry in a wide sense, what is sometimes called “poetics”.


In the times to come, then, dictatorship and oppression, sadistic power and maso­chistic submission, will come dis­guised in the form of comedy and laughter.


Resistance and emancipation, kindness and freedom, will come from that which brings a tear to our eye—from a subtle sense of tragedy, expre­ss­ed in different media, by poets of different shapes and sizes.


In these times, building upon the experiences of the last century, we have accustomed ourselves to thinking of the trickster as the hero. That used to be a good rule-of-thumb, and it still can be, in some cases. But this intuition will be increasingly treacherous in the times ahead.


We are beginn­ing to see the unfolding of a subtle battle-performed-as-play for the global hu­man soul—the near­est thing to what might be called a cos­mic struggle be­tween good and evil: the evil comedian, who speaks to the masses but sec­retly despises them as a herd that follows the crude me­chanics of humor understood only by a select elite, against the good poet, who sings to the few, but is in love with the many and their crea­tive spark of collective in­telligence. This is the struggle-reborn-as-play, stirring at midnight in the garden of good and evil.


David Foster Wallace, the early metamodernist novelist and cultural comm­entator who died by suicide in 2008, aged 46, author of the dense, thick and magisterial novel with the prophetic title Infinite Jest (1996), once said in 1990 “that the next real literary rebels in America would be artists with little interest in trying to shock or upset their peers but who were, rather, willing to become so credulous of everything in the world that their peers would laugh at them”. That’s what takes greater cour­age, and that’s where liberation is to be found—in a new sincerity.


The dictator-comedian, the jester-king, steers the laughter, pacing it with perfect timing as a dir­ector would an orchestra—often saying things that would have been completely unacceptable had they been voiced by an ordinary person. Remember Carl Schmitt’s definition of the sovereign as “he who decides on the excep­tion”? To a growing extent this seems to apply to the comedian: the elevated position of being excepted from the morality applying to everyone else. The consumtariat—the underclass of the inform­ational and attentionalist digital economy, per­petually starved for authen­tic meaning, participation, community and re­cognition—alwa­ys stuck in the role of onlookers, always consum­ers, always spectators; they laugh along greedily, hiding in the crowd, cheering. The consumta­riat are offered a false sense of participation and superiority: Chuckling along, they momentarily feel that they are part of what happens, and on the winning side, too. Indeed, laughter is the new heiling.


The Great Spectator will mindlessly laugh along, from his own sense of inferiority, envy and Sklavenmoral—while the poet acts and is laughed at. What about you, will you laugh your way to obedience and meaningless murder, or will you side with the laughed-at? Will you sing with the infor­med naivety of the metamodern heart—one that can resist the cruel lau­ghter of a crowd reduced to groveling slaves?


This essay is a slightly edited extract from Hanzi Freinacht’s book ‘Nordic Ideology: A Metamodern Guide to Politics, Book Two’. This is the second book in a series on metamodern thought, a work of popular philosophy that investigates the nature of psychological development and its political implications. 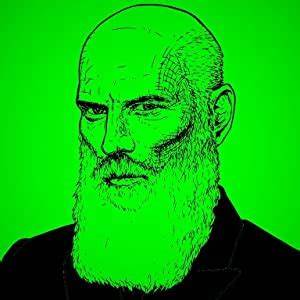 Words by Hanzi Freinacht
Hanzi Freinacht is a political philosopher, historian and sociologist, author of ‘The Listening Society’, ‘Nordic Ideology’ and the upcoming books ‘The 6 Hidden Patterns of History’ and ‘Outcompeting Capitalism’. Much of his time is spent alone in the Swiss Alps.