How can we create news, media and communications that effectively address our planetary, societal and technological challenges? Join the debate.

MEDIA
The Alternative UK team and community have been discussing for a while that we need to start seriously thinking about an “alternative” media system:

- There are urgent matters - like the launch of two new right-of-centre, populist tv news channels this spring, one from Murdoch and one from Andrew Neil (see this alarming Press Gazette article)

- There are deep questions. What knowledge and stories do communities really need to fuel their autonomy? Do prior emotions determine the facts we believe - and if so, how do we operate in that environment?

- And there are practical arrangements. Since March 2017, we at the Alternative UK have been providing a “Daily Alternative” news-and-views service. We feel it’s time to step up to a different level. Can you help us? Or are there bigger structures we can build together, that can optimise all our separate efforts?
We’d love to start developing this agenda with a small group of friends and fellow-travellers. Our core aim is to start projects, amass resources, and really answer this burning question: how can we have news, media and communications that effectively address our planetary, societal and technological challenges?

This is an invitation to come and discuss what an alternative media system - alternative meaning fully human, planet-friendly, socially-empowering - might look like. And how we might build, resource and develop it, as we face our demanding collective future.

There are some urgencies to our discussion. Recent political and social upheavals are partially comprised of a war to define “facts” and “truth” in the minds of readers, viewers and users. The battlefields of that war are mapped out between old and new media, in which many agents - from traditional newsrooms commercial and public, to consciously destabilising non-state (and state) actors - are at play.

Another urgency is that, certainly in the UK, this field is about to tilt in a certain direction. Post the Brexit referendum, and post the robust “Get Brexit Done” Tory majority achieved in December 2019, much establishment commentary has railed at the regulated broadcast media for its “liberal-left” bias. Into this space two major new broadcast news channels are launching in the next few months: Murdoch’s News UK, and Andrew Neil’s GB News. The latter is described as “news for the vast number of British people who feel under-served and unheard”.

Yet another urgency is the insight, coming from social psychology and neuroscience, that the most important battles to win, if we want to shape our consensus ‘reality’, are to do with emotions, affects and identifications - and not rational argument or verified facts (indeed, the latter are selected to gratify the former). “Feels beats reals”, as they say in the land of memes. Are the creative processes of ad-land, marketing and comms - never mind arts and culture - more shaping of the agenda than any number of newsrooms?

We want to begin a discussion - both theoretical and research-based, practical and entrepreneurial - about how to connect new dots in this landscape, in service of a planet-friendly, human-potential and autonomy-oriented worldview. We should map out the existing forces and resources of a non-establishment media, for sure - so we can locate gaps, overlaps and obvious points of collaboration and mutual support.

But we should also try to open the whole field up to the kind of radical innovation that might be required to match the toxic and polarising effects of current (and coming) media structures.

- AdBusters, The Rules and XR have made attempts to use dramatic and startling symbols and actions to impact viscerally and emotionally on audiences - and in this way, land their critiques of consumerism, international development and climate-breakdown in hearts and minds. With, it must be admitted, varying highs, lows and degrees of success. What are the optimal forms this “activist creativity” could take - and to what degree could the persuasive skills of contemporary ads/marketing/comms folk raise them to more effective levels?

- More acutely, how do we get these talents to freely donate some of their best symbolic labours and hours? More interestingly, how can we create bridges between the avant-garde practice of much contemporary arts, the mainstream-sensitive competences of ads/marketing/comms - and the daily pulses and flows of desire and aspiration in everyday communities on these islands?

- Perhaps a strong pathway to an alternative media system is to imagine new production and funding structures behind it first. It may not be a surprise that a mainstream media, thoroughly enabled by corporate capitalism, naturalises the corporate world-view in the journalism it produces. So what would the structures and practices of a participatory and contributory media system look like? For example, could there be a funding-and-publishing platform as capable of accepting payment as Patreon, Substack or Medium, but which consciously wide-frames its content towards the non-establishment values expressed previously?

-Are the seeds of a much more active and supportive relation to the media that informs you already sprouting - and could that involvement make for reporting and featuring that was better for your health, because less artificially polarised, and more informed by daily empowerment and mutuality? (See Dan Hind’s Another Media Regime is Possible for one attempt to join together all these dots, from a strongly cooperativist perspective).
Please don’t regard these as set plans – they’re just examples of the kind of thinking we need to come up with.

A final matter to consider would be the relationship of any of these initiatives to primary and initial funders. The acute question is: would civil society or philanthropic foundations be more willing to grant or invest in an alternative media system that sought to have a mass micro-funding relationship with its audiences/consumers/users? Would they seek return on investment, in a venture capitalist way? Or could we convince them to invest in order to ensure the early coherence and momentum of the platform itself, designed and managed so that its scale and fractality could bring in self-sustaining revenue?

Finally, our impetus here is both to amass forces and build bigger networks, but also to start refining a pitch to various resource-holders. It’s possible that there might be quite a lot of traction among liberal capitalists and net-worth individuals to support some regenerative and socially-enriching media practice - if they look like the “seed forms” (to use Michel Bauwens term) of a “next system” (call it generally post-capitalist or post-growth) that they want to play their part in. Stranger things have happened, to say the least…

Please contact Pat Kane directly to discuss any of these ideas, and others, on how to create a different media ecology.

You can reach him here: pk@thealternative.org.uk 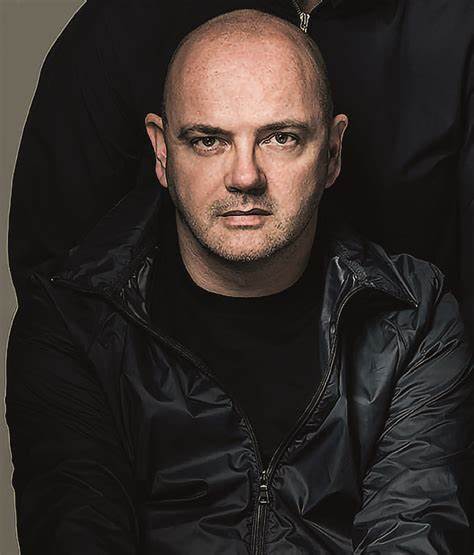 Words by Pat Kane
Pat Kane is a Scottish musician, journalist, political activist and co-initiator of The Alternative UK.