Kathrine Lauritzen shares her transformative experience in a Collective Sensemaking workshop at the Emerge Gathering 2019.

Emerge Gathering
One of the most profound experiences I had at the Emerge gathering in Kyiv happened with a group of five other people that I did not know, or had only met briefly since arriving at the Gathering.
To me this experience sums up the purpose of the gathering and provides an answer to the question ‘what is emerging'.
Imagining a world free from urgency


We were told to sit in small groups and, gently guided by Elizabeth and Thomas, encouraged to sit in quiet stillness and ‘allow our selves to just be'. Prior to this, the whole room of about 100 people had done a similar joint exercise, and so I entered the smaller group with a sense of peace. We decided to join hands as we sat, or we were encouraged to, I don’t remember which.

As instructed we each leaned back, closed our eyes and relaxed. After a short while we were asked to open our eyes, lean into the energy of the group and have a conversation rooted in that stillness within.

In the group behind us, a woman immediately began to share her thoughts. I could feel her enthusiasm and an urgent need to share and find answers. Her voice cut through my inner quietness and it felt disturbing. The same thing happened in our group. The conversation was rooted in ideas, impulses and thoughts that had all been born prior to this session and although my head wanted to hear the ideas, I could also feel resistance.

My mind struggled with the stillness. Why were we in Kyiv in the first place, my inner voice argued. To say nothing? To discuss nothing?

Finally, someone in our group suggested that we sit in stillness for a little longer. My internal landscape shifted and I felt an immediate sense of joy, followed by uneasiness. My mind struggled with the stillness. Why were we in Kyiv in the first place, my inner voice argued. To say nothing? To discuss nothing? No. We were there to share ideas, discuss solutions, investigate what is emerging so that we can fix things. So I can fix things. The world needs us! She needs our answers and she needs them now. Don't waste time!

I opened my eyes to search for someone who, like me, wanted to speak but something had happened in the group. The need to speak had become less important. Our energy had reached a shared frequency and when words did begin to form, they were more fumbling and explorative than I think any of us would normally approach a group conversation. We talked quietly about a world without exploitation, where people had time to be present with each other and how urgently we needed to create that world.
While we were speaking there was a longing, I think, to not let our fragile sense of connection be taken over by words. Eventually, someone said; “let’s try to feel what a world without urgency would be like.” We allowed ourselves, for one brief moment, to let go of all of our fears and all of the stress coming from wanting to act without knowing what to do. A deep, powerful sense of calmness and peace emerged in us, between us and through our hands.


At that moment I think we all realised something that we all struggled to put into words after the session, but I am going to try and share with you now.

Fear can be a powerful fuel, but it also has the magic ability to reproduce itself without us even being aware.

I think most of us are uncertain of what to do to make real changes in the world.

We have this uneasy feeling of not doing enough, no matter how hard we work. We struggle with the feeling that we are doing the wrong thing, or feel bad for not doing anything at all.
In our attempts to affect change, we often focus on all that is wrong with the world today. This makes a lot of sense — if you want to change something, you need to know what to change.

We need to imagine how a new world should be built using not only our minds, but also the intelligence of our body — our emotions.

However, it also creates stress. Forest fires, violence, fracking, war, inequality and discrimination... recognising and grappling with the reality of these things creates very real and very recognisable emotions in us. Fear, frustration, anger, maybe even shame. It is from fear that our actions are fuelled and shaped. It is a powerful drive and it makes us run faster and do more, and more and more.

The thing is, we only have a very vague idea of what we are running towards. We investigate new ways of organising society, discuss alternative ways of doing politics, turn towards technology to see if that holds solutions to our problems and then we meet up in Kyiv to share our findings and to be inspired.
Somehow, we still bring along a trusted companion: Fear. Fear can be a powerful fuel, but it also has the magic ability to reproduce itself without us even being aware. Thus, we end up building new systems, structures and organisations using the same bricks as the old, despite a genuine wish to do the exact opposite.
The realisation that emerged in me during, and after, the session was that we need to imagine how a new world should be built using not only our minds, but also the intelligence of our body — our emotions. We need to connect with the feeling of living in that world. If we can deeply connect with and recognise that feeling, then we will be much more competent at building the world we all want.
We might discover that love holds as much power as fear and, who knows, maybe even more.
I'm not suggesting that we do nothing, or that we can save the world through meditating in solitude, but I am suggesting that we allow ourselves to investigate what it would feel like to live in that ‘saved’ world. Maybe then we will understand where we are going and why we want to go there.

Then we work just as hard as we do now, but with different fuel.
As we opened our eyes and looked at each other, another brilliant suggestion was made: “Let’s try to lean back as we inhale and lean forward and exhale”. Hands still joined, we did. A tiny voice in my head shouted that this was crazy, but the remaining part of me felt pure happiness rolling through my body and I began to cry. I was a cell in an organ. I was a complete and perfect individual human being and I was completely dissolved in a bigger organism; A starfish, a blowfish.


Suddenly voices entered from the outside, and we let go of our hands and joined the other groups by forming one big circle in the room. The stillness within was now magically shared with 100 other people. Masterfully orchestrated by Elizabeth and Thomas, the explorative conversation continued quietly from the inner circle, where a chair was left open for anyone to join at any time. Simple and genius. I felt safe and I felt held. The connectedness from the small groups had expanded to embrace the entire room.

I think this is ‘what is emerging'. Safe spaces of connectedness growing from our inner stillness. Imagine a world built on that.

Better yet, feel it.
Thank you, Elizabeth and Thomas, for creating such a calm, inclusive and quiet space that allowed us to connect on a different frequency than the one we are usually surrounded by.
And thank you, fellow starfish, Jen, Stefan, Hannah, Thomas and the beautiful guy in the middle of the picture at the top of this article, whose name I never did catch, for an amazing experience that seemed to have absolutely nothing to do with us and absolutely everything to do with us. 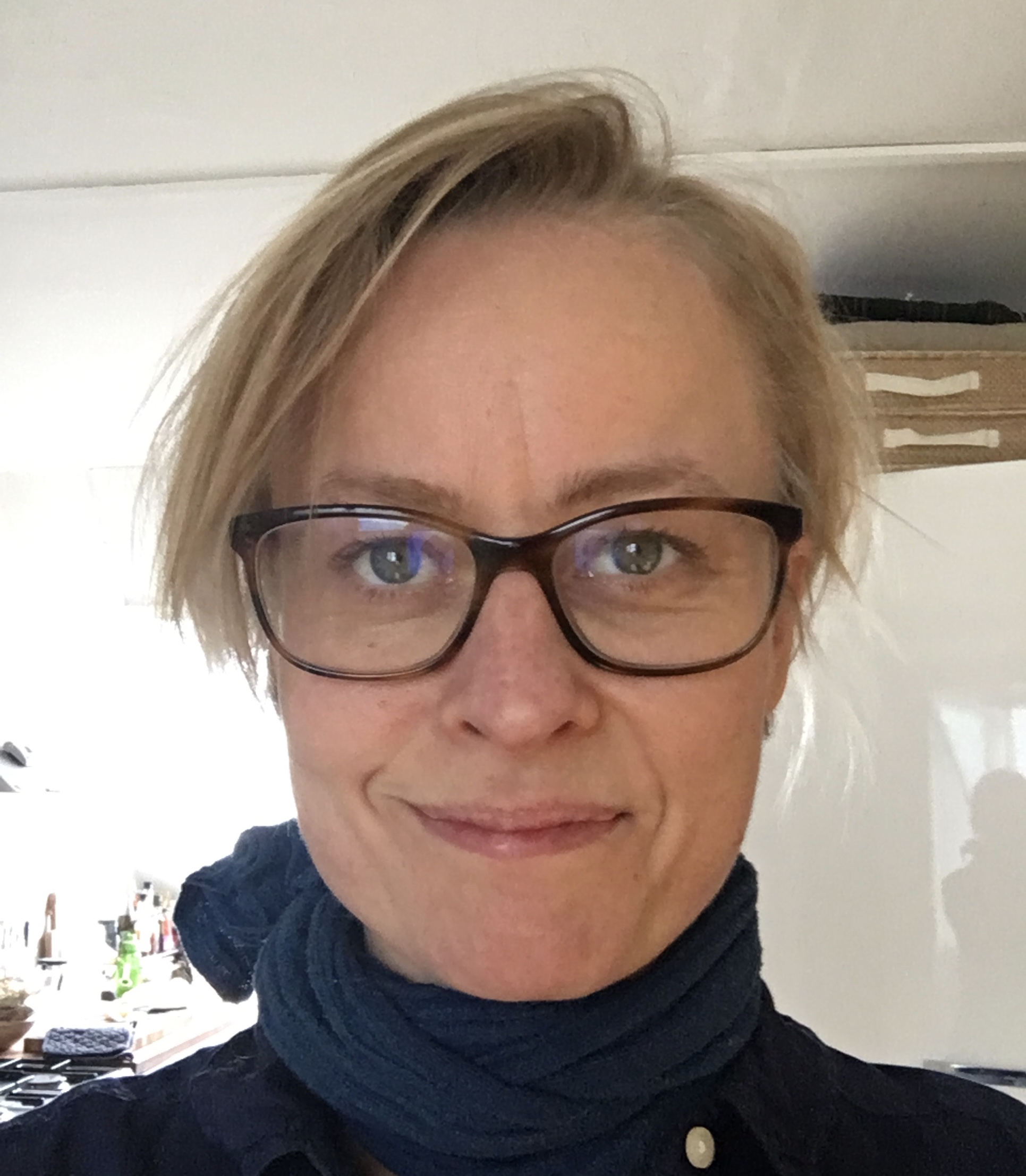 Words by Kathrine Lauritzen
I am an idealistic pragmatist and member of the Danish Alternative party, where I helped to establish the organisational foundation. I help global organisations structure themselves by untangling complexity and connecting the dots.