Defund (And Redesign) Everything

Our social institutions are relics of the past. We must redesign and replace all of our institutions, and make this decade the most creative and generative in human history.

Society
We have now reached a very interesting point. At least at the narrative level we have reached the point that ‘defunding the police' is a real proposition.
It even seems plausible that some jurisdictions (most notably Minneapolis) will do it. Of course, it remains to be seen how much actions meet words, but nonetheless this is quite a change.

Corruption at its most fundamental is the simple consequence of time and entropy working at things.

Moving beyond corrupt and obsolete institutions

Broadly speaking, ‘policing' in the United States has become a bad combination of corrupt and obsolete. This is not, however, a problem that is either exclusive or unique to policing. Quite the opposite.

When I say corrupt here, I do not necessarily mean things like bribery, brutality and self dealing (though to be sure these are widely present). Corruption at its most fundamental is the simple consequence of time and entropy working at things. An old rubber hose left out in the sun becomes corrupt and unable to hold water. Our vascular system becomes caked with plaque. Our institutions become self-serving, bloated, out of touch, and inhumane. Time is corrosive and the forces that tend to push all institutions into corruption have been hard at work across every aspect of our social field for decades.

At the same time, the context in which those institutions were born is also far in our past. Both the problems and possibilities of 2020 are very different to those of 1960. What was a good car, phone or computer in 1960 is now a relic. Our social institutions are likewise relics of a past remembered by only the eldest among us. Designed by and for a different age.
It is not stretching the truth to say that effectively all of our social institutions are a bad combination of corrupt and obsolete. Our education system. Our healthcare system. Our food production systems. Our banking and finance systems. Our journalism and science systems. Our political systems.

They are all beyond the pale and they all should be defunded and redesigned.
Moving to Local Experimentation

One extremely good aspect of ‘defund the police' is that it appears to be substantially increasing the consciousness of what should be (and to a significant extent used to be) a strength of the United States: different approaches for different people in different places. The key principle here is called ‘subsidiarity'.

When it comes to things as complex as human society, we should always proceed with humility.

Subsidiarity is a principle of social organisation that holds that social and political issues should be dealt with at the most immediate level that is consistent with their resolution. The Oxford English Dictionary defines subsidiarity as “the principle that a central authority should have a subsidiary function, performing only those tasks which cannot be performed at a more local level”.

Minneapolis can experiment with one model of policing and Atlanta and Dallas and Salt Lake City can experiment with others. This is a really healthy approach. First, we know that what works in one place (like pine trees growing in the mountains) might not work in another place (like the desert). Second, when it comes to things as complex as human society, we should always proceed with humility. We really don’t know how our best intentions will actually play out. Often the only way to learn is to try different approaches and then try and select the best while pruning away the worst.

This approach seems likely to be the de facto one used around policing in our near future. With luck this same principle will be applied across the social field. Schooling and healthcare and food and banking could and should all benefit from having as much responsibility held ‘at the edge' and only (carefully) managed at a higher level when it is strictly necessary to do so.
Thinking about whole systems

The primary risk that I see in the defund the police movement is that it (might) fail to take into consideration the intrinsic complexity of human systems. For example, one risk might be the naive notion that the right thing to do is to take money from police budgets and to (simply) move it into places like education and healthcare.

From my point of view, this is an error for two reasons.

(1) The education and healthcare systems are just as broken as the policing system. Moving dimes from one broken place to another isn’t going to do much good.

The whole system needs to be replaced. Not burnt down, but carefully and thoughtfully replaced.

If we are going to do this, we should really try to do it well. Human systems are intrinsically whole systems and need to be taken as wholes. The effort to redesign policing should be an effort to really rethink (and re-live) our whole set of institutions. Unfortunately, failure to do so might actually lead to more harm than good as the unintended consequences of the choices we are making in one aspect of the system (e.g policing) cascade throughout other aspects of the system (e.g school or healthcare or . . . )
A modest proposal

We are at one of those “big shift” points that seems to come around every few generations. The New Deal, Reconstruction and the Constitution happened back then and something of roughly equivalent magnitude wants and needs to happen now.

If we continue to move forward with can-kicking, partial solutions, we are likely to just continue to experience pain and destruction. The whole system is corrupt and obsolete. Therefore the whole system needs to be replaced. Not burnt down, but carefully and thoughtfully replaced. Redesigned. Regenerated. Local and wholesome.
Sound like a challenge? It will be. But while things like social media and smart phones can seem terrible (and in many ways they are), they also give rise to incredible potentials for coordination and auto-poesis. Simply put, we have largely been coasting on the work of our ancestors and we do not really know of what we are capable. It's high time for Generations X, Y and Z to step up and take responsibility. I think we are more than capable of this challenge.

So I suggest we begin. And if it is going to begin with the local experimentation around policing, so be it. But don’t stop there. This decade can, should, and, I think, must be one of the most creative, generative and optimistic ones in human history.
Proposed principles for big change

Below is the set of principles that I have collected around this purpose. It is unlikely that this collection is complete, but I hope (and imagine) that it could prove useful.

Make people more capable of being responsible, rather than taking their responsibility away.

The Principle of Choice. Designs should be oriented towards increasing the capacity for choice and building on top of that increasing capacity.

The Principle of Wholeness. Designs should be mindful of creating and working with well integrated wholes.

The Principle of Subsidiarity. Designs should push as much responsibility and authority at the most immediate level that is consistent with their resolution.

Designs should strive to always promote the evolution of the human social network towards increasing collective intelligence.

Principle of Unbundling. Designs should take care that no choice should be bound to any other choice, unless this binding is strictly required by the nature of the choice itself.

The Principle of Fiduciary Responsibility. Designs should ensure that whenever a relationship is highly asymmetric (e.g. when AI is on one side of a relationship and not the other) that the relationship be returned to symmetry by establishing a fiduciary responsibility on the part of the stronger party.

The Principle of Network Optimisation for Collective Intelligence. Designs should strive to always promote the evolution of the human social network towards increasing collective intelligence. For example:

All nodes (people, families, communities, etc.) should be resourced so as to provide minimum viable signal.

Each node should be able to refuse an offered transaction without fear of privation.

The generator functions of network topology should balance efficiency and resilience.

Republished, with permission, from Medium. 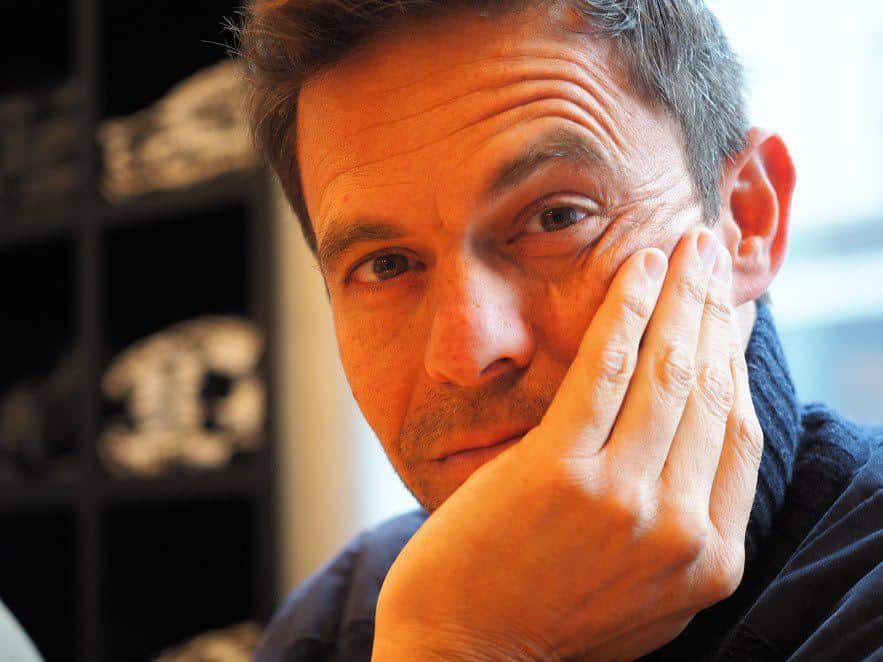 Words by Jordan Hall
Jordan Hall is a futurist and culture hacker.