Playing and Creating in an Infinite Way

Philosophy
There are only two drives that sustain my action these days: the drive to play and the drive to create. I am curious about what drive comes first.

Does the drive to play come first?


The “scenius” The Stoa belongs to would make the case for this. The “Liminal Web” is Joe Lightfoot’s phrase for this scenius. When he visited The Stoa recently he made a claim that I thought was interesting: the most influential book in our scenius is Finite and Infinite Games by the late James Carse. Upon reflection, I do think Joe’s claim is accurate. James’ book is indeed the most influential. The notion of infinite games has embedded itself in the play of our scenius. Many key terms in the Liminal Web have something to do with playing in an infinite way: Game B, live players, serious play, the metagame, etc. The last was a term I was often playing with here in my earlier entries.


Playing the metagame is about zooming out of the ecology of all the games in play or in potential. How does one play the metagame? Having a game taxonomy might be helpful, like Carse’s finite and infinite games, or Jamie Combs’ 4Game Dynamics. But the practice of metagaming will be more important for those of us swimming in the liminal. The Stoa’s favorite gamemakers, such as Laurence Currie-Clark (Glass Bead Game) and Natalia Stroika (Ludic Liberation), are offering practical (and really fun) ways for us to unfold games that are right in front of our eyes, patiently waiting to be played.


I see the spirit of all these terms and emerging practices are leading to the gamification of the world. I am engaging in “boundary-play” (opposite of “boundary-work”) with the term “gamification.” Instead of simply applying game design principles to “non-game” aspects of reality, we are seeing life itself as a game, re-enchanting all the “non-games” that are wise for us to play, into something we want to play.


The opposite sense of play, “work,” is such a dreary word. The felt-sense of this word can be described as the following - doing something you do not want to do because there is this nebulous pressure to do it, or else. Or else what? Something really bad will happen to you. It is too scary to sense into what exactly this bad thing is, so usually a snappy thought-terminating answer emerges, that is akin to something like “I just have to.” What if we do not just have to though? This gamification of reality is the game those in the Liminal Web are playing, inviting all of us to become players of life.


Usually something happens here upon considering this expanded play - a judgment and sense of shame towards the play drive, as something immature, only for entitled millennials who do not want to grow up. The voice of our inner-parent emerges, or of some Jungian analyst, claiming the “puer aeternus” complex is at play. This fills the potential player with shame, stopping them from fully playing the game. I managed to break through this shame by going crazy, now I am all in the game, driven to play. And create. I am also driven to create. All I want to do is create these days.


Does the drive to create come first?


The daemon is the thing I want to play with most after all. The daemon is the term I have been using in my journals to describe what feels like primordial creative energy that is channeling through me, telling me to go here, wherever here is, which is a place my “bounded rationality” can never predict.


This is why I am called to be a philosopher in the way Pierre Hadot uses the word. Philosophers are not “artists of reason,” as Hadot sees modern academic philosophers, but “artists of life.” One of the types of artists Hadot wrote about, the Stoics, had a philosophy aimed towards “eudaimonia,” an aim I do not feel is as banal as the modern notion of happiness; instead, I see it as being in a good relationship with the daemon itself.


Like the player of life who expands the notion of game along with what it means to play, the artist of life expands the notion of art along with what it means to create. “Art,” as I see it, is not bounded by modern classifications, e.g. painting, literature, music, etc. Rather, art can be anything, especially a life. And this is what being an artist of life is, not confining the daemon to the paintbrush, pen, or piano, but allowing it to be channeled through all that is you.


To circle back to the curiosity that opened this entry - what drive comes first?  The drive to play or the drive to create? Or asked in another way: am I a gamer or an artist?


Why do I need to know? The unhealthy aspect of this curiosity seems to come from anxiety, which wants to control things and garner some guarantee. There is a healthy aspect here as well. I want to become sophisticated with understanding my current motivational schema, so I can be more playful and artful with it.


My philosophy is pretty “rhizomatic” these days. This is the Deleuze and Guattari term for a philosophy that looks more like a botanical rhizome, allowing for multiple entry points, contrasted to a philosophy that is “arborescent,” hierarchical in nature, with binaries and dualities. A part of me, the more anxious part, wants one drive to win out, so an arborescent structure can emerge, ordering my map of reality, so I have the illusion of always knowing where to go.


The more fun, and perhaps more beautiful, part of me simply wants to say fuck it. Who cares what drive comes first. They feel kind of entangled anyway. I want to play with the creative drive and create with the play drive. Or said differently: I want gamemaking to be my art and artmaking to be my game. I sense it already is. 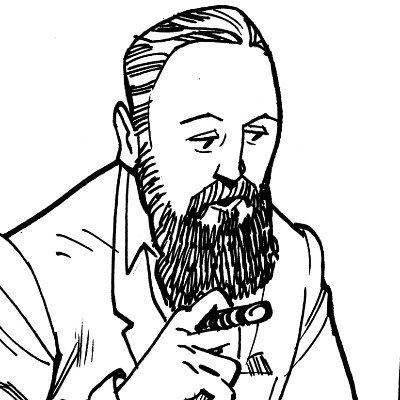 Words by Peter Limberg
Peter is a writer, podcast host, and event organiser based in Toronto.